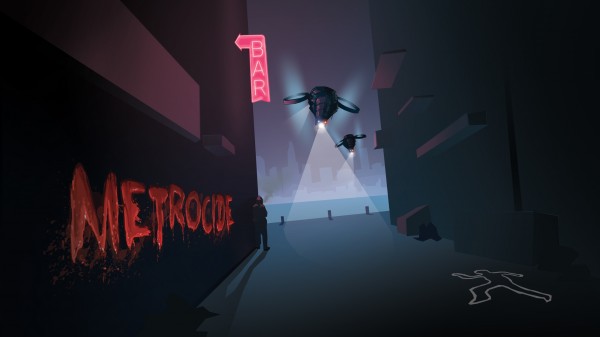 I haven’t been so quickly frustrated playing a video game in quite a while. Directly tying into that statement, I’ve also never wanted to kill so many do-gooder civilians in my life (in-game people, you’re safe). Metrocide brings out the worst in me, but I’m happy I stuck with it, until I no longer could (more on that shortly), to see the larger potential of the title. The latest title from local Australian developers Flat Earth Games – brothers Leigh and Rohan Harris – is in Early Access right now, so please don’t let any qualms/issues I express here inform your decision-making in whether or not to purchase Metrocide. It’s got a way to go, which means it can only get better. 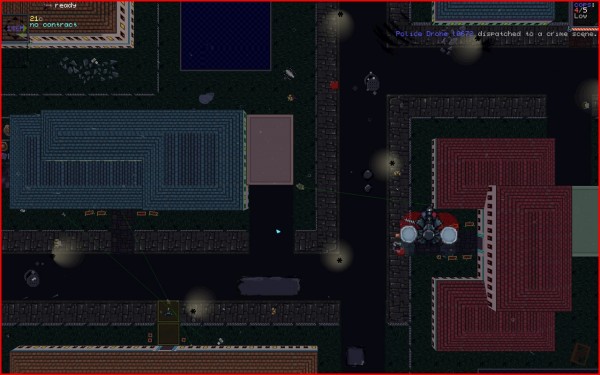 Metrocide is an arcade stealth-shooter set in Metro City, a cyberpunk dystopia that is uncharacteristically inhabited by altruistic vigilantes, street-cleaner bots and police who actually try to do a good job! I’m not so sure this is a dystopia…otherwise, it is dark, drab and pleasantly nostalgic due to its familiar aesthetic tropes in the genre, defined by classic films such as Blade Runner (1982) and even Dark City (1998). Playing as notorious contract killer T.J. Trench, I ventured Downtown, the first district made available to the player. Beforehand, a comic-strip style cutscene plays to introduce the player to the world of Metrocide. As you progress and unlock these “comics”, they will appear in the main menu for your re-viewing pleasure. Metrocide gives the player a top-down perspective, with navigation dictated by the direction of your mouse cursor with the ‘wsad’ keys or arrow keys (your choice) allowing you to move relative to it. So, what’s your goal in Metrocide? To assassinate people; enough of them to be able to buy your travel papers and proceed to the next area. There are a multiple contacts of Trench’s within Metro City who will provide a slate of targets. 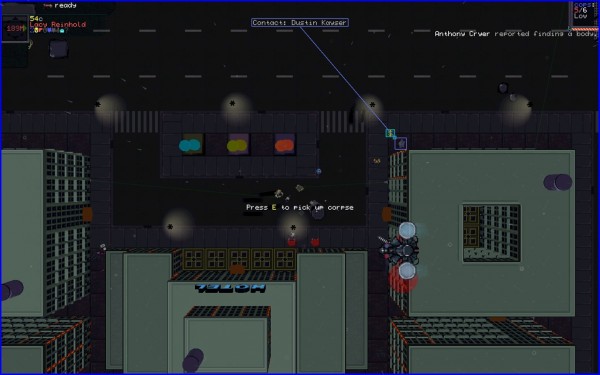 Each mark has differing attributes or conditions; some are required to be hit quickly, and some may carry their own protection or have trackers on their person. At first, most will be unarmed. All have varying credit payouts attached to the job. In this initial stage of the game, 2000c is the required amount for moving on up in the world…and it’s not easy to acquire. Once you select your target, the navigator at the top left of the screen will direct you to their approximate location. Starting off with a basic pistol that needs to charge to fire, I quickly learned, and it was explicitly reinforced by the game, that it is a crappy gun. The target has time to attempt an escape, and the pistol only has a certain range. If they escape your proverbial reach, it becomes that much more difficult to execute them for a few reasons: they could lead you into a busy area, civilians could see you with a gun and report you, or they might reach the police station before you can catch them. With every report made, police presence is upped in the vicinity. If you can avoid their overhead drones for long enough, they will close the case or crime scene. Metrocide is all about executing these jobs as stealthily as possible, and that means a lot of patience, which I sometimes don’t have. 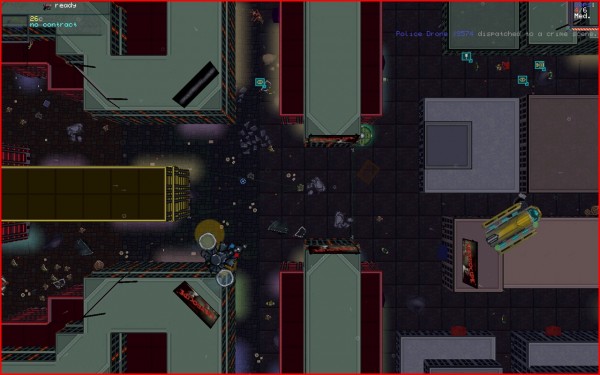 Waiting until the target unwillingly walks into a zone devoid of peering eyes, security cameras, pesky vigilantes who want to take it upon themselves to avenge them and nosy, taddle-tale citizens will test that patience. Players must be mindful to unholster their weapons and do the deed as quietly and quickly as possible. Then, comes disposing of the body; the river that runs through the city, along with open manholes, are your options. Eventually, you will unlock tools and other weapons, such as lures and shotguns, respectively. Both are worthwhile investments, especially the latter, which shoots without delay or build up. It is loud, but extremely effective. Unfortunately, my playtime was cut short because of a bug that pretty much hindered my progress past a point. With the shotgun equipped (ammo clip not depleted) I would click the left mouse button, but Trench wouldn’t shoot…he instead just stood there, having alerted the mark who is armed and, well, murders ol’ unresponsive Trench in self-defence. Strangely enough, the game registers my “successful hit”, whilst also acknowledging my death, failing to bring me back to the main menu or city to continue due to this confusion. Oh, and there’s no saves in this game. So I had to replay everything…only for it to happen again. And I am not going back to using that damned pistol!

Again, the game is in Early Access, so hopefully the familial duo can crush some bugs, perfect the visual language so that the elements on screen are easier to read, and also give some better player guidance in terms of implementing tutorials for tools, which I did not encounter (I tried the whole keyboard before finding out that ‘z’ dropped the lure). Metrocide is challenging to say the least, and it only gets harder with more cops populating the space with every not-so-clean kill and, trust me, you will not be a flawless assassin. 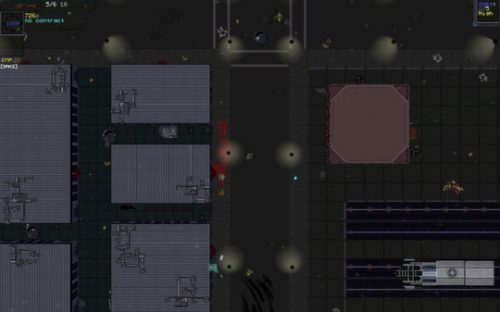