Hello there fellow Planeswalkers. Are you ready to grab your banners, hold them high and fight for your clan? Well you should be because the latest Magic: The Gathering set; Khans of Tarkir is here! The official prerelease weekend for the upcoming set is happening, literally as we speak! The new set is based on the plane of Tarkir, which is organised into clans that are at constant war with one another. Each clan represents a specific three-colour combination to create a gameplay experience unique and different to anything else before it. No matter if you are an aggressive war machine, or a cunning strategist there is a clan waiting to accept you into its ranks. 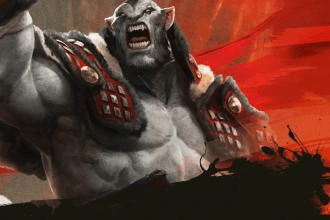 So what are you waiting for!? Head down to your local game store and register for one of this weekend’s prereleases events and get yourself some Khans of Tarkir cards before they hit store shelves next week. Maybe you will crack one of the Khans themselves, or get your hands on some of the sweet land reprints that will dominate magic for years to come. If you are already playing, or you went to a midnight release last night let us know in the comments below what awesome cards you managed to pull, and remember to stay tuned to Capsule Computers for all the awesome Magic: The Gathering news as it becomes available.

Born of the Gods Prerelease Event

Duels of the Planeswalkers 2013 Launches on iPad, Consoles & PC