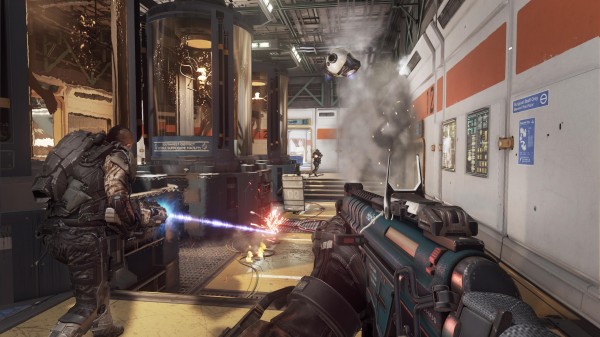 A little under a month ago Activision released the first multiplayer gameplay footage of Call of Duty: Advanced Warfare and today the company has decided to release what they are calling a “deep dive” of the multiplayer mode which pretty much means seven minutes of gameplay footage showing off all of the new features that have been added into the game, such as all of the new perks and abilities as well as how the Exoskeleton adds a new layer to the game.

Check out the trailer below and be sure to keep an eye out for Call of Duty: Advanced Warfare when it is released on November 4th.

This is when you know you've made it !!