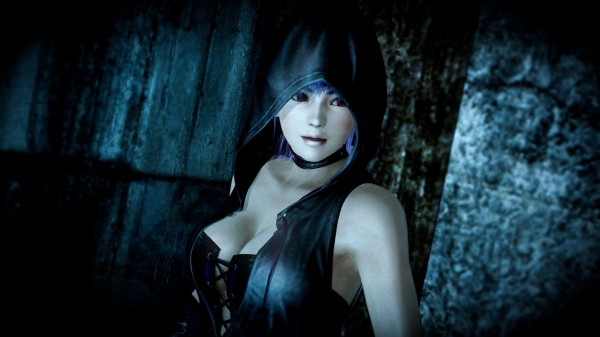 Koei Tecmo has announced that Dead or Alive’s Ayane will be entering the world of Fatal Frame as a bonus mission. After the player finishes Fatal Frame: The Black Haired Shrine Maiden, a mission where Ayane will be the playable character will be unlocked.

Ayane travels to the mountain in order to save a new character named Tsumugi Katashina who she must find using a mystical purple thread she previously gave to the girl. Ayane cannot directly face off against the ghosts in the game and instead must avoid any ghosts using stealth. If she is seen, she can temporarily stun the ghosts using a “Soul Stone Lamp” to make her way through dangerous areas.