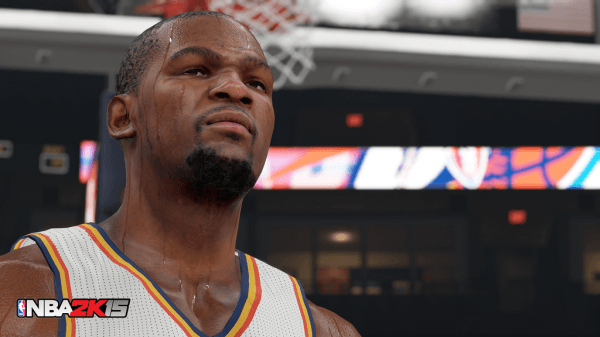 We have some good news for basketball fans that prefer to play their favorite video games on the PC. Today 2K announced that they are planning on not only releasing NBA 2K15 for the PlayStation 4 and Xbox One but they will also be releasing it on the PC with the PC version offering “even more graphical fidelity.”

To celebrate this announcement the company released the first in-game NBA 2K15 screenshot, found above, which features this year’s cover athlete, Kevin Durant. Those looking to pick up NBA 2K15 will be able to do so on October 7th in North America while gamers in Australia and New Zealand have two wait two days longer to pick the title up on October 9th.