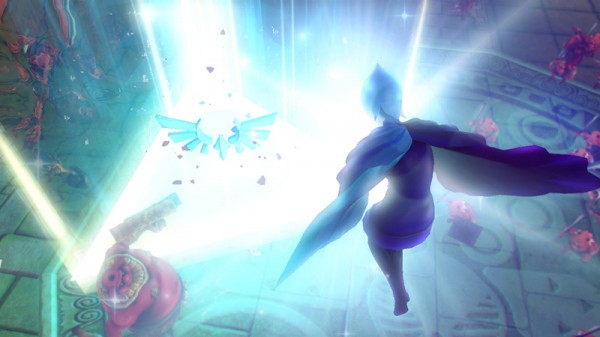 Last week we learned that Fi will be a playable character in Hyrule Warriors and now we have a gameplay trailer from Koei Tecmo showing off how exactly she will fight against enemies in the game. Those who have played The Legend of Zelda: Skyward Sword are familiar with Fi’s origins and as such it should come as no surprise that she does not use any weapons outside of her own abilities and transforming into a sword to dispatch her foes.

You can check out the gameplay footage below and be sure to keep an eye out for Hyrule Warriors when it is released in North America on September 26th and a week earlier on September 19th in Europe.