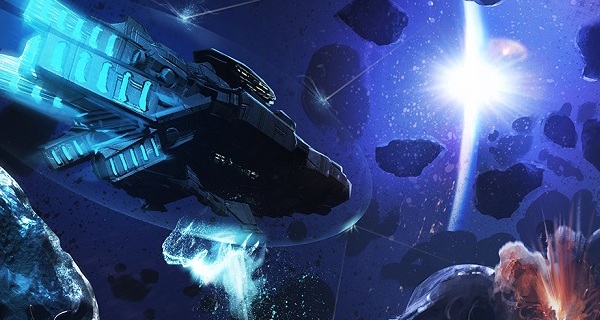 Have you ever dreamed of captaining a starship? Does taking up arms in defence of a Galactic Empire make you smile? Do you yearn for a simpler time when Boyars were Boyars and the serfs knew their place? Then rejoice for the end is near and The Mandate is coming.

I have been watching with great interest the development of Perihelion Interactive’s sandbox sci-fi Strategy-RPG, The Mandate, ever since it popped up on my game development radar in a Steam Greenlight. Now, with a new development video released and shown below, I have the perfect excuse to finally bring this game to your attentions. The development video showcases the in-game interface players will be able to use in planning out their deep space engagements and highlights the strategic options players will have in planning out battle strategies in a 3-dimensional environment. The video also displays the in-game capabilities of the ‘Unity’ engine, but I have been informed in no uncertain terms that the gameplay footage is not representative of final product in terms of ship movement, weapons firing, and pacing etc. 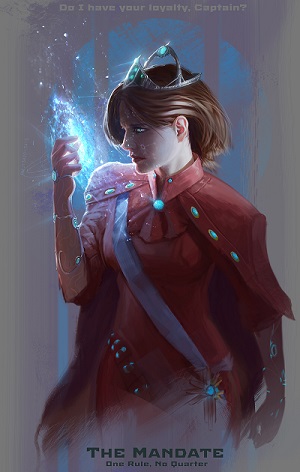 The true strength of The Mandate lies not in the steel of her ships or the barrels of their guns, but rather in the sheer scope that this game intends to bring to its audience. Perihelion is seeking to craft a unique Dystopian universe which is ruled over by an inter-stellar empire inspired by the Russian Empire (TSARS. IN. SPAAAACE!- A reference which might be a bit dated for some of you…). They aim to allow the player to interact with this universe in a dynamic and fluid manner as the captain of a starship. This is role which will carry responsibility as various decisions made by the player will have a wider repercussion throughout the galaxy.

The Mandate does not intend to push you out into the empty void alone and the player character’s ship will be manned by hundreds of NPCs, with officers that can be directly interacted with. In this manner, the player will be able to put a face to the otherwise interchangeable mass of engineers and redshirts which make up the ship’s crew and experience some good, old-fashioned, space opera drama. Just as quickly however, these characters can be lost in battle due to boarding actions or hull breaches of specific sections due to enemy fire.

This is a game which certainly does not lack ambition. Whether or not it will be able to fulfill these lofty goals remains to be seen when the game comes out next year…