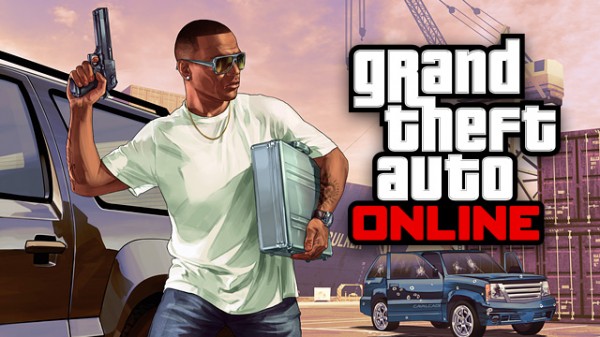 Rockstar hosted the first Capture Weekend after releasing the Capture Creator tool for GTA Online, and have since verified four of the first Capture Jobs made by the fans using said tool. The winning entrants are to receive GTA$1,000,000, along with an exclusive in-game “CAPTURE” license plate and the opportunity to participate in a Rockstar Games live stream broadcast where they’ll be able to play through and talk about their creation. The following are those aforementioned winning creations – playable now across both platforms – straight from Rockstar:

Corrupt Cops – Created by JuzSlayin
Competing Police divisions race across the banks of Procopio Beach in Paleto Bay to take on a large gang of knife-wielding Ballas and confiscate their goods as “evidence”. The fun you’ll have launching vehicles off ramps to crash down on to the unsuspecting heads of these purple-clad gangbangers cannot be understated, but make sure you don’t stop to take in the scenery when you’re collecting the bags – the Ballas numbers are high and they certainly know how to close the distance between the end of their blades and the center of a corrupt officer’s ribcage.

GTA: That’s My Rhino – Created by RikkiVercetti
Here, two groups of pilots in a flock of P-996 Lazers square off over The Alamo Sea in hot pursuit of a single Rhino Tank. Whether you are flying in from Grapeseed in the north or the Grand Senora Desert in the south, you’ll want to be mindful of the armed ground level mercs guarding the tank that won’t take too kindly to your incursion. The Creator of this Capture, RikkiVercetti is a member of the Creator’s Core Club Crew and has created a total of 37 Jobs so far.

GTA: Payback Time – Created by Maximilian-R
“Just grab a bike and pedal! Even you ain’t forgotten that.” – BMXs will take you into the Vespucci Canals, but hopefully one of the prized vehicles will take you back out. With each squad aiming for different vehicles, the central head-to-head bloodbath that often occurs in GTA Captures will be minimized, but tough AI characters guarding the waterways will still give you ample opportunity for some trigger time, along with any confrontations with the opposition as you come back across the bridges with your bounty.

This epic relay to the top of Mt. Chiliad gives you a large variety of vehicle options to choose from, and once you get there, you’re given a parachute to make your way back down to the Capture point. Savvy players might want to pair up in the Maverick heli to make those return trips a bit easier, but in the end a freefall leap of faith from the cliff side is still likely to be the fastest way down.

You too can have your custom Capture Job featured and Rockstar Verified. Click through and post your job in the story’s comment section, succinctly selling the developers on why it’s worth verification.

GTA Online Getting a Slew of Updates this Autumn