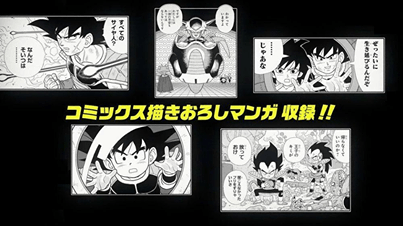 Jaco the Galactic Patrolman is the latest manga by Akira Toriyama, the mastermind behind Dragon Ball and the following Z franchise. His newest manga features a few special links between the two worlds and with the full collection being released, Dragon Ball Minus has been included as a bonus manga. What’s special about Dragon Ball Minus is that it predates anything seen in the Dragon Ball universe thus far including the Bardock TV special, revealing Goku’s mother’s origins (pictured above next to Bardock and below) and a bit about the families life on Planet Vegeta before it was destroyed by Frieza and Goku was sent away. 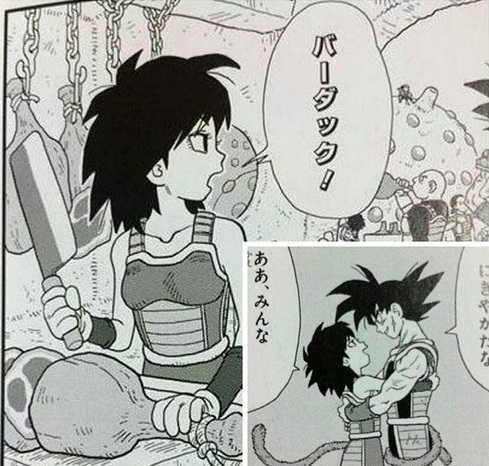 From what we know so far, Gine (whose name translates to Spring Onion in English, a common theme in the DBZ universe) is the mother of Goku and Raditz both born to Bardock. She was not much of a fighter but was part of Bardock’s crew for a while where he saved her many times and the two developed feelings for one another, which is rare for the Saiyans. As Gine wasn’t a great fighter, she became a meat distribution worker on Planet Vegeta. It is said she was killed in the explosion of Planet Vegeta caused by Frieza. 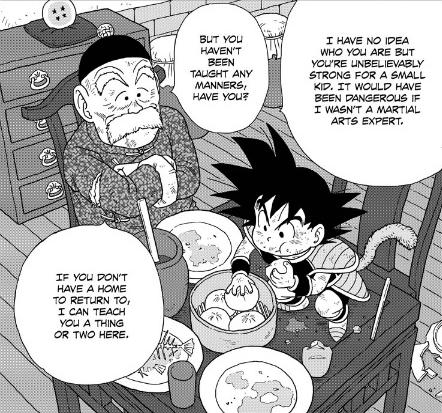 The manga is out today in Japan but will be available in English from April 7th as seen in the above image. Interestingly Goku is shown in Saiyan Armour inside his space pod and appears to be slightly older than a baby. He has previously always been depicted as being found by Grandpa Goku naked in his saiyan space pod as an infant. Perhaps the manga will bring some changes to the official series canon ? You can watch a trailer for Dragon Ball Minus below.