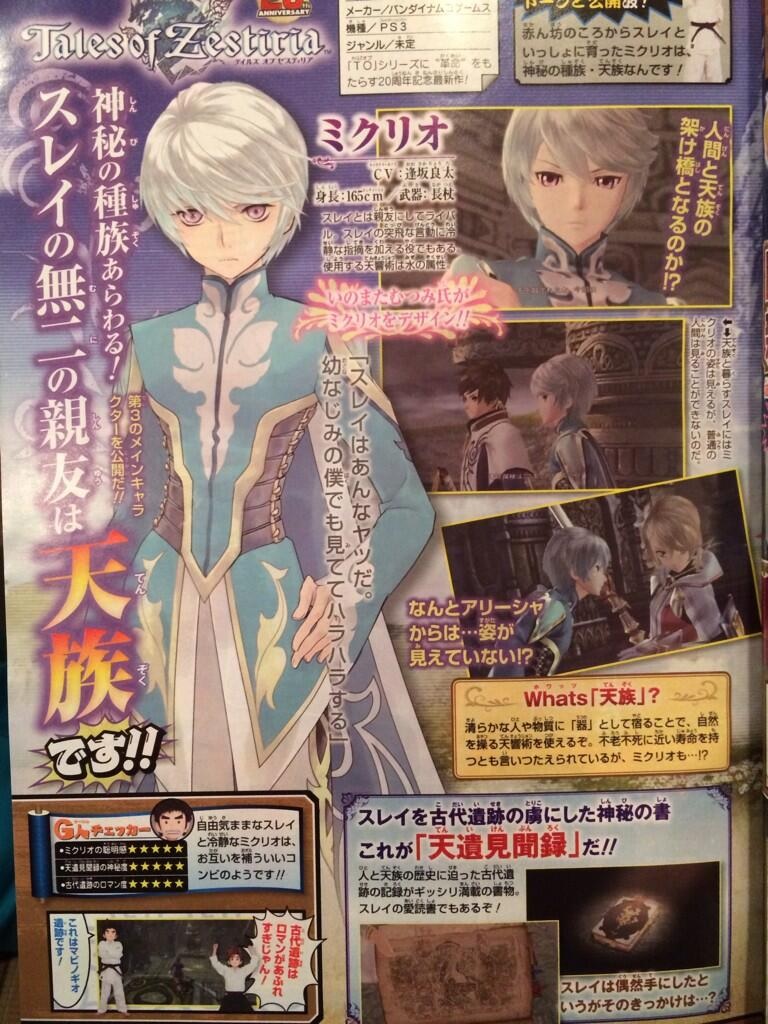 This week’s issue of Jump magazine has revealed a new character that will be appearing in Tales of Zestiria. The character is named Mikurio, voiced by Osaka Ryota and designed by Mutsumi Inomata, and he is Slay’s, the main character, rival and childhood friend. He has a calm attitude and fights in combat using a rod and is from the Family of Heaven.

Members of The Family of Heaven are pure beings that can manipulate the sounds of heaven and are pure begins and because of this, normal people cannot see him but Slay can. Currently Namco Bandai has not announced a release window for Tales of Zestiria but it is set to be released worldwide for the PlayStation 3 sometime in the future.