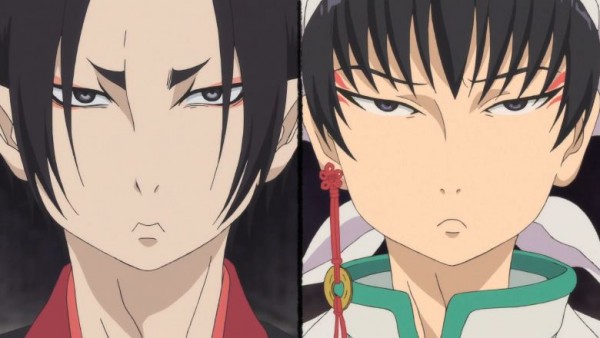 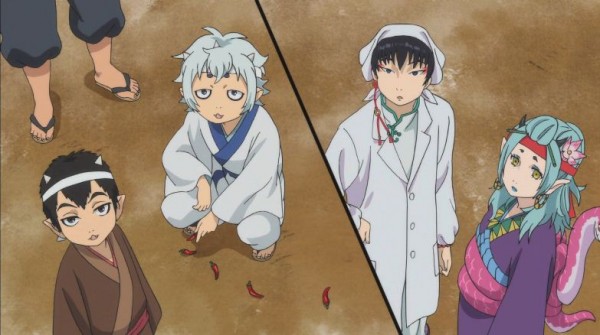 The Instrumental Duo Of The Mighty Rivals:

I’ll come straight out and say it; this would have to be one of my favourite Hozuki No Reitetsu stories so far and it wasn’t because of its comedic value, in fact, it wasn’t that at all. The first half of episode five was entirely made up of parallels between Hozuki and his eternal rival Hakutaku. The episode starts off by showing both the men in their respective other-worldly planes making some sort of stew, one of them to torture the spirit of a sinner and the other to both heal and nourish, I probably don’t need to tell you which one is which. As I mentioned above, the episode introduces two new characters which I can assume will be reoccurring characters since they’re both in the opening sequence and no character up until this point has faded away after their introduction. 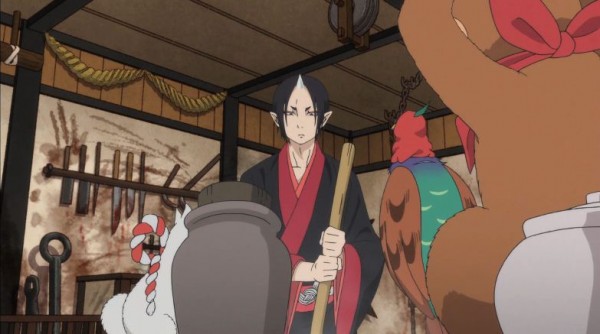 Cow-head and Horse-head are the two characters introduced and they both work as the gatekeepers between heaven, hell and our world. Despite how weird the two are I believe they were based off of an actual belief and/or myth, however it is you want to look at it. Look I really just enjoyed the literal parallels between the two characters, both of them got equal amounts of screen time and everything each of them did worked off of the other to show a dark and light side of the afterlife. It was just well done and very well-written, the jokes were still around and that’s what gave it that real Hozuki No Reitetsu feel but it also showed the audience that it can be a little bit…artsy, so to speak. 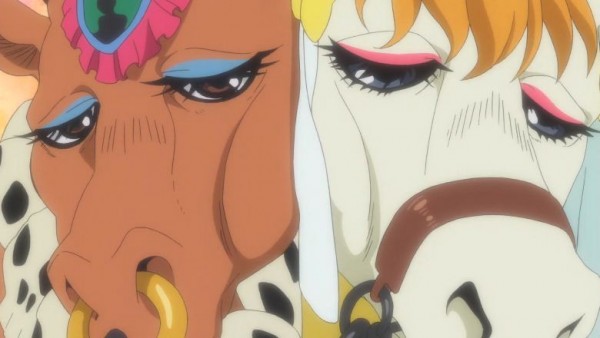 This half of the episode was definitely the more “fun-loving” of the two, though that’s not to say the first half was serious in any matter I just found this half to be a little more goofy. “Mental Sports Day” revolves around a literal sports day that is, for all intents and purposes…damn mental. Aparantly, according to the in-Anime history, there has been heaps of these sports days…but none as terrifying as this and it’s all thanks to one man…Momotaro. No, I’m kidding, it’s Hozuki. The man is always thinking about business and it’s his job to keep these demons in line and in shape so he bumps up the dangerous level of the sports festival to hopefully scare these lazy demons into good workers. For the most part the episode revolves around the two young demons; Nasubi and Karauri. These two characters have a dynamite relationship and a great connection that makes for ever greater scenes, they have some really good dialogue and they work dynamically together. 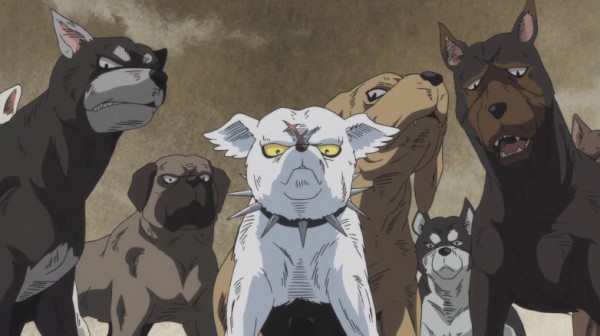 They’re good enough characters that I don’t cringe when an episode or story focuses around them. The two participate in the sporting events and they soon realise that being a demon working in hell doesn’t necessarily mean life is going to be easy. This half-episode actually had some really high calibre animation, it was actually kind of shocking to see such high quality scenes in a mostly comedic Anime, it fit well though especially the way that Hozuki No Reitetsu lays down jokes. It goes from intense to hilarious in a matter of a second and that boost and then drop in animation quality really works to the shows advantage. I say without a doubt in my mind that these guys really know what they’re doing when ti comes to this show and I hope they continue with it. 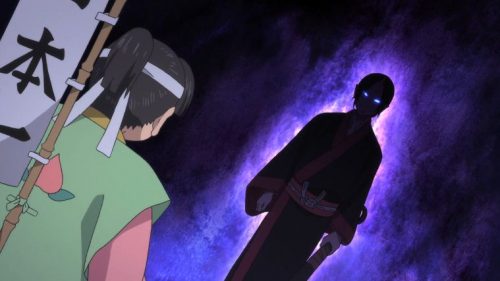