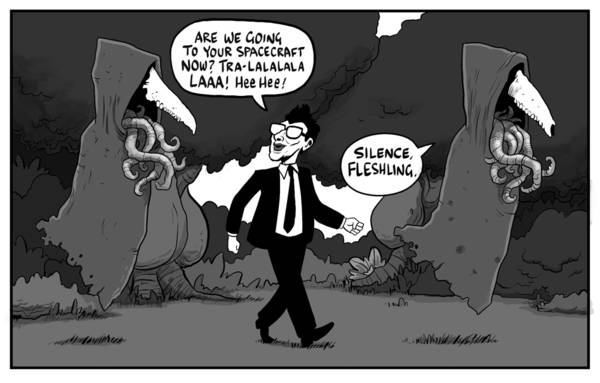 The comic book industry is a surprising large one and, despite the fact that a great deal of us read them and love them, it’s not an industry that people tend to delve deep into, at least not on the scale of music or film. Australian publishers Madman Entertainment have come together with Comic Book publishers Milk Shadow books to create a very short documentary series that revolves around three Melbourne-based artists; Tim Molloy, Ben Hutchings and Dillon Naylor. The three men takes us all through what it’s like to create comics, how they started, it’s constantly shifting levels of difficulty and pretty much all about how the world of comic books works.

Any fans of comic books, both reading or creating, should take a real good look at these short videos to get an idea of what a job in the industry is like.The first video you’ll see under the article is the full short documentary that shows each of the three artists, the second video you’ll see features Tim Molloy as he talks about his comic book series “Mr Unpronounceable Adventures” and the third video you’ll see will feature Dillon Naylor as he talks, in depth, about his comic book series “Da ‘n’ Dill”. For more information on these comic books and the men behind them head to Madman Entertainment’s website here or head to Milk Shadow Books’ website here. Stay creative, all you comic fans!