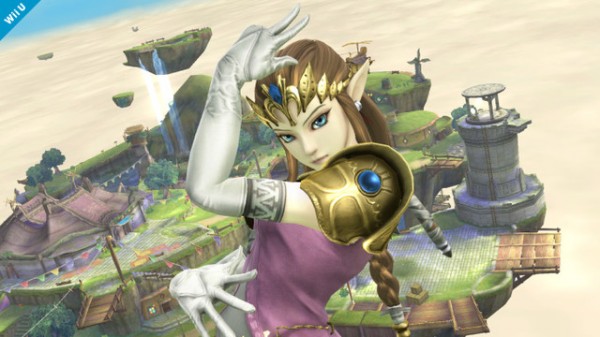 She’s back and she is looking damn fine! Princess Zelda has been confirmed as the latest addition to the next Super Smash Bros. game so all you fans of Hyrulian Royalty can be at ease knowing your princess hasn’t been left out of the battle. Nintendo only just announced this and, much like every other character announcement they’ve made, it has come with a whole bunch of awesome-looking, HD screenshots from the Wii U game as well as one lonely image from the 3DS version which is still looking very good for a handheld title.

She’s wearing her original attire, or something close to it, and it seems as though she has some new moves up her sleeve. There’s one thing I can’t help but bring up…no Sheik? None of the images feature Princess Zelda’s alter-ego, Sheik, which I find to be something odd, I’m sure she’ll still be around but until images of her are release we’ll just have to make do and be happy with the beauty that is…Princess Zelda! The new “Super Smash Bros.” game is set for a release sometime within the new year so keep your eyes out for that and keep your eyes on the site for any and all news pieces and updates to come.