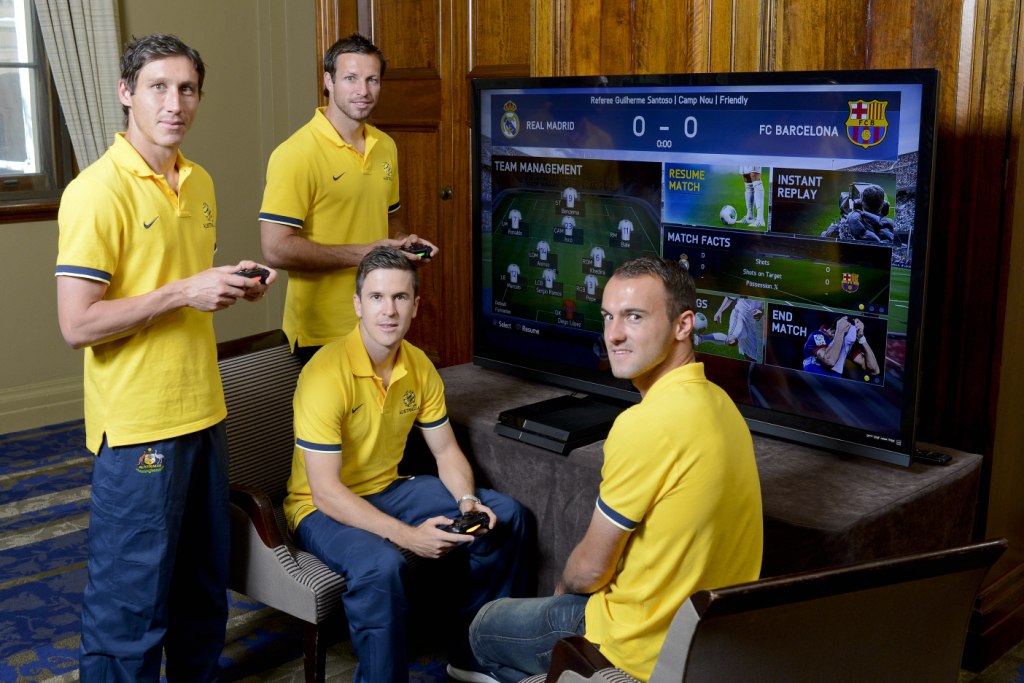 Following their victory over Costa Rica, some of the Socceroos decided to unwind and take a look at Sony‘s new Playstation 4. Lucas Neill, Mark Milligan, Ivan Franjic and Matt McKay took an hour out of their day and tested their skills in FIFA 14, EA Sports latest venture into the world of football/soccer.

Not yet available in Australia, the football stars’ skills were tested when they went head to head on EA Sports FIFA 14 on PS4 – and things got a bit heated! Tim Cahill may have scored the winning goal for the national team on Tuesday night but it was Mark Milligan who stole the show and was leading goal scorer for the morning! 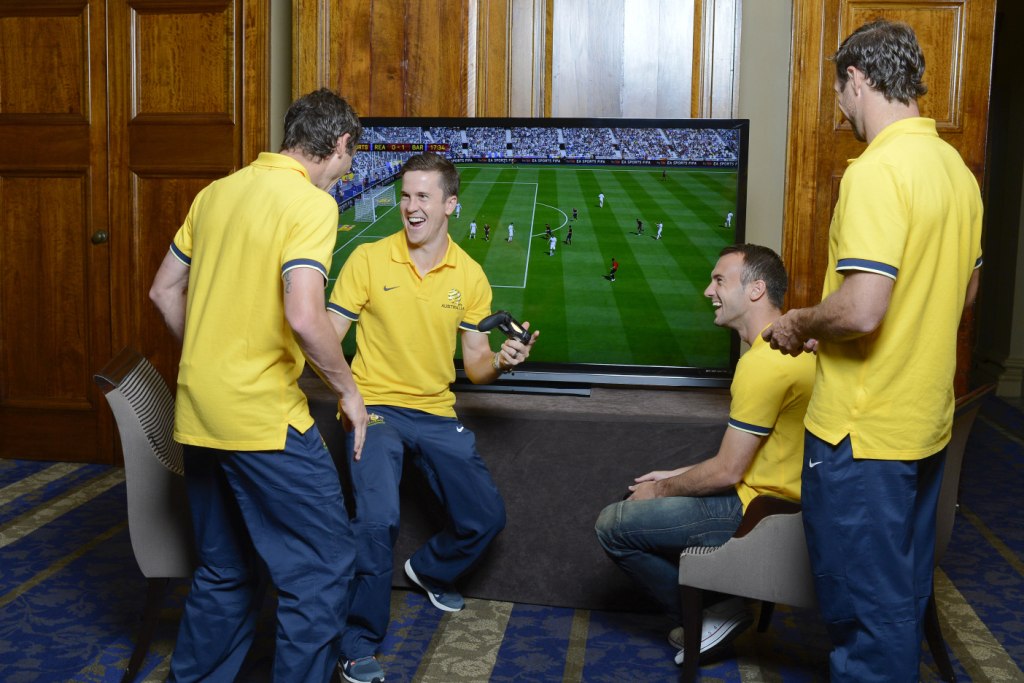 Mark, Matt and Ivan were also keen to join the Declaration of Play – a celebration of all Players; from the Rookies to the Veterans; the fans of jaw-dropping graphics to the Trophy Collectors; the Dedicated Strikers to the 3AM Fathers.

With only one week until its launches in Australia, the PS4 has already sold a hefty 1 million units across North America. So keep an eye on the time and wait just a little while longer. Friday 29th November 12:01am. Remember it. In the meantime, visit the official site and check out the Declaration of Play. What kind of player are you?