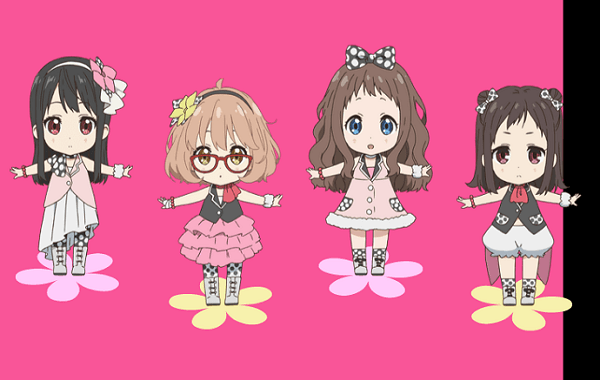 All rise for the court of Beyond the Boundary, the currently airing series will be releasing three videos that feature certain characters being put on trial. A special twitter post was made announcing the shorts and will be uploaded online to a newly created website. The series is called “Kyoukai no Kanata: Idol Saiban!- Mayou Nagara mo Kimi wo Sabaku Tami” translating to “Beyond the Boundary Idol Trial: Those Who Judge You Even While Lost”, the first video will be uploaded this month on the 18th.

The series features four female characters; Kuriyama Mirai, Mitsuki Naze, Shindo Ai and Inami Sakura as they prosecute and judge other characters whose crimes have yet to be confirmed. Each of the girls is drawn in the Chibi style and the first episode will have half human-half youmu Akihito Kanbara on trial. The anime adaptation of the light novels is currently licensed by Sentai Filmworks and is streamed on Crunchyroll. 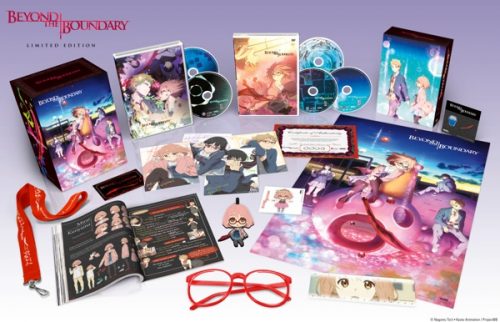 Beyond the Boundaries latest volume and anime announced