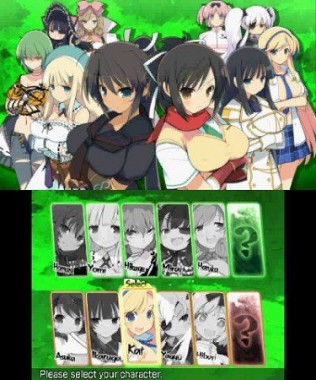 After being greeted with cheers and a happy fanbase, Senran Kagura Burst has yet to receive a solid release date besides sometime this Fall. However it appears that XSEED Games at least has a narrower release window they are aiming for and it just so happens to be sometime in November.

Over on the company’s Facebook page the company said the following “November-ish on the release, very big on the size of the game (but less than 2GB).” It is worth noting that Senran Kagura Burst is going to be a download only title in North America and contains the first two games in the Senran Kagura series and at the moment it has not been given a set price.