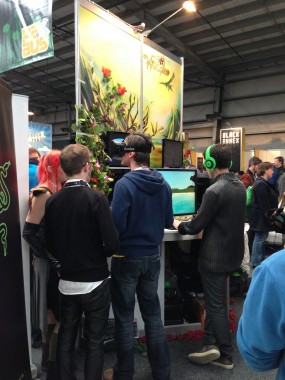 At PAX Australia 2013, it was nice to see two things – other than blockbuster AAA adventures – take the focus of the crowds: indie titles and the Oculus Rift. With Wander, we got to experience both. Wander is a non-combat, non-competitive and collaborative exploration game. Its Creative Director is the trickster God himself, Loki (Davison), whom I snatched away from the busy booth for about 10 minutes. The following is our interview. Be sure to read to the end for a quick impression of the game and its utilisation of the Oculus Rift.

So why don’t you tell us about your history in games development and on Wander.

We’ve been doing lots of different things for a while – this group was set up specifically for this game, so this group is also called Wander. Because we thought, making this kinda scale game as an indie, I think it’s kinda peculiar to think that we could actually make other games at the same time and have a suite of different games. For this one, I’m planning this to be the game that we keep making for hopefully a very long time. Like Eve – Eve has been continuously updated for what, about eleven years now?

I hope that we can keep doing Wander for a while. I mean, we’ll release it soon. We’ll be in open beta in about two weeks. People will be able to buy it then, but our main release is going to be probably September-ish, just in time for the Sydney Fringe Festival (Sept 11-18). But then we’re gonna keep updating it; it’s an online multiplayer kinda game after all. They are their own, unique beast. 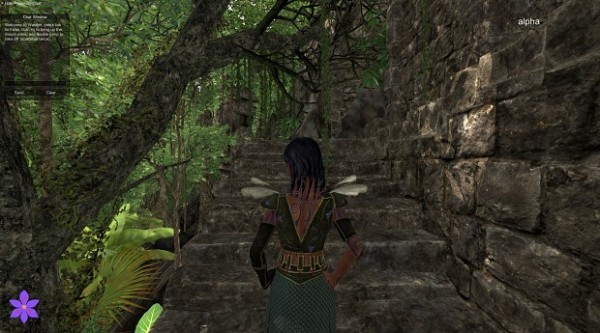 Speaking of, in terms of goals, we’re seeing a blend of all these genres lately with online, multiplayer and single-player all coming together and so they’re becoming a lot less clear. Maybe you could give us an overview of the game and what the goals are.

I think we’re a very different focus. There are a lot of online games where, like World of Warcraft or games like that, there is a narrow experience as far as multiplayer gameplay goes, either because you don’t interact with other players much, or because it’s very goal centred – all your discussions in the game are about “how do we kill those guys better?” or “how do we focus on this particular, very specific goal?” Like, I love World of Tanks, I think it’s a good game. I’m playing World of Tanks and World of Warplanes right now. But, the conversations I have usually when playing are about “what direction should we go, what should we do, how should we attack these people?”

Wander is much less goal oriented and is more about the interactions where somebody is lost in the forest and they find somebody else after ‘wandering’ a bit – and the world is 64 square kilometres and then you’ve got the floating island and stuff – so unless there are a lot of players on at once, you’re not going to run into that many of them, but when you do, it’s very exciting. And there’s no map or indicators to show you where you are or where they are. So when you meet somebody else, you can ask them “hey, have you seen anything cool?” because lots of the stuff is pretty hard to find. There are a few things we thought or hoped people would find here.

The easiest way to find something in Wander is find somebody else that’s found it and ask them. And they’re like “oh yeah, I found this really awesome area with this big cave system, and you can enter it from here…” So there’s things like that. And with characters; you start off as the Ent – a giant, living tree – and then as you explore you can start to discover other characters. That’s not the goal of the game, it’s just a thing that lets you achieve other things in the game. You can find the griffin and fly, or you can find the sea creature and swim. The elf is more agile than the Ent and you can get into smaller places.

We’re planning much later to add a butterfly as well. Not enough games have butterflies as playable characters. But then again, not enough games have quadrupeds as playable characters, which has been a technical challenge for us. We really wanted to focus on giving you the feel of what it’s like to be those different creatures. They are also difficult to find in some cases, but there’s a little bit of a hint in the world because they sing to you; like a siren’s song. They sing as opera singers. 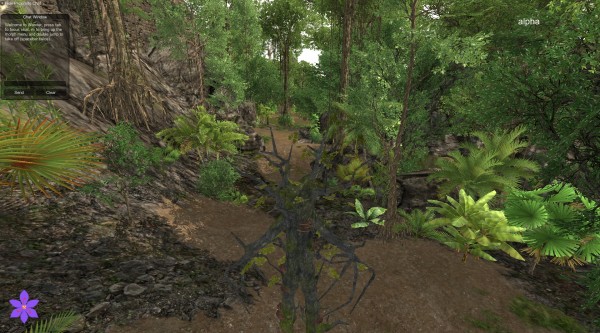 Is that, and also the communication with other players, partially a conscious design decision in helping players get their bearings because you fear they may get frustrated if they are unsuccessful in finding anything after a long period of time? Obviously it’s about exploration and that’s not the point…

Yeah, those kind of things help with that. There are a lot of game design choices that you have to have when you’re moving away from such traditional mechanics. But as well as having these different mechanics, people also naturally know how to navigate a bit. When you get used to an area, you recognise landmarks. People got around okay before there were GPS’s. Fantasy has more GPS’s than I’d expect, but Wander is a different type of fantastical landscape.

What has working with the Oculus Rift been like for you? So many people have been praising it.

Yeah, I think for our kind of game it’s great because we’re an exploration based game. And we’re kind of slow-moving and it’s about enjoying and experiencing what it’s like to be a character so it works well. It’s very good. I like playing it both ways [mouse and keyboard also] – they’re very different experiences. And you can also see that we’re using the hydras, the motion controllers. I think traditional controllers are a bit peculiar with Wander and the Rift. I mean, I love mouse and keyboard when you’re playing on a screen, but with the rift it kind of distracts you from the world.

So the game wasn’t designed for the Rift?

We thought of it early on, but the Oculus Rift, I think, is an improvement to the basic concept. The Rift integration isn’t an add-on really as much, it is something we thought of early on. But without the Rift, it is a game we wanted to make because we didn’t think there were enough games that focus on this. I love post-apocalyptic shooters and all kinds of things, but those are stories that have been told really, really well. Stalker does an amazing job of telling that story. But I don’t think there’s a game like this. 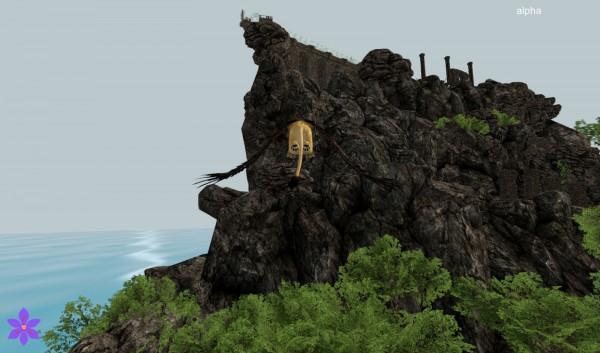 After our interview, I briefly got to go hands-on with Wander using the Oculus Rift. I didn’t spend too much time with it as there was a constant line all day, every day to play this – Loki and the team were very pleased. As for my experience, the first thing when strapping on the Rift is to do some calibration, which is basically lining up your vision with your feet and then looking up and down, side to side. Once that was done, I “took off” as an Ent. At first, movement wasn’t particularly accurate as pressing straight up on the Hydra thumbstick would have me move in a slightly diagonal direction, but I settled into it quite quickly. I also heard the aforementioned siren call of the elf before passing the transformation portal Loki spawned me near.

Soon enough I had been transformed into the griffin…well, before that, Loki told me to jump off the cliff before the crucial step of divulging how to fly. Maybe he just didn’t like me… *sobs*. Anyway, after joking about my apparent suicide, I was reset and took flight. For the first few seconds, I actually felt a small sense of vertigo, but it dissipated shortly after. Then it was just about acclimating to the rolling as I seemed intent on flying upside down and meeting a similar fate to my last griffin. I did eventually make a pretty great landing in the forest though. Overall, the Rift does a good job of immersing you in the world you’re playing in, although it was quite blurry. I’m assuming this is a technical limitation of early devkits.

If you would like to learn more about Wander, please visit their official website, and keep it locked to Capsule Computers as we continue to update you on the game and all things Oculus Rift related.