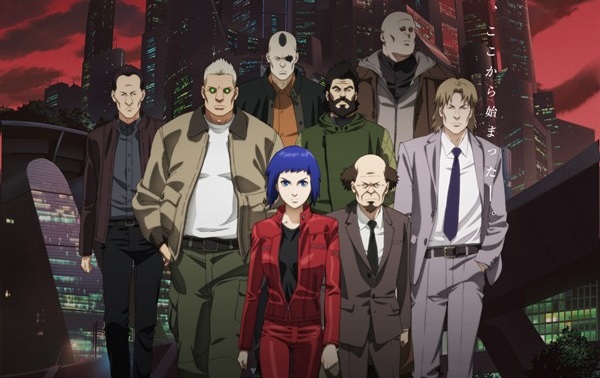 Ghost in the Shell: Arise, Production I.G.’s latest re imaging of the popular series, will premiere on the 22nd of June in cinemas throughout Japan. In anticipation for the first episode, a new website has been set up to further promote the anime and the artist who created the opening theme.

The website is pretty basic looking, with the titles “Ghost in the Shell Arise” and “Music by Cornelius” at the top and ten subcategories neatly placed on the left hand side. Once you access the front page, you will be treated to a full screen display of Cornelius’ music video for the Arise OP, with the added option of removing the menu from the site leaving only the video playing within the background.

Subcategories of the site include links to the official Arise website and twitter page, a small biography about the 44 year musician/producer and information on where to purchase the Arise OP single, which will be available on the 19th of June. A YouTube page will be set up for the site, however at the time of writing the link says “coming soon” when scrolled over. Click here to check out the site.

Are you excited or uncertain about the new Ghost in the Shell? Let us know what you think about the four part series and the opening theme by leaving a comment down below.