Having racked up a modest eight hours on the PC trying out the Company of Heroes 2 Open Beta of late, I thought it might be worth sharing my initial thoughts prior to the full review, which will follow shortly.

So the Beta currently only offers access to the multiplayer/skirmish elements of the game, which is my preferred area of the RTS world so, no complaints there. I first wanted to try out the updated matchmaking system, as it’s a Beta and I was expecting a few issues worthy of noting so that players are aware of them at this stage, but this is hardly the case from what I can tell. I was partnered with players that had a similar connection quality to my own and lag was minimal. I enjoyed very few timeouts and so at this point I’m going to call it a success. However, when the servers get busy this may be a different story, so bear that in mind, perhaps. The connection between two human players facing two A.Is was fluid even when things got busy on a map intended for 6-8 players. 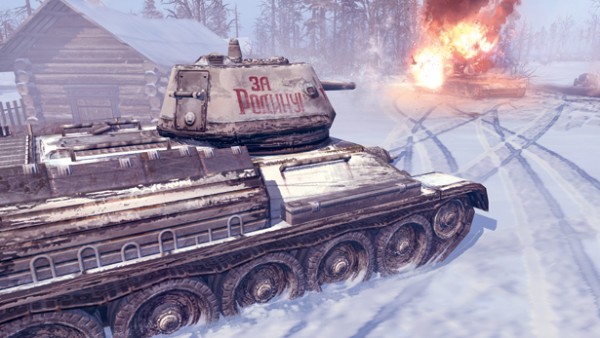 In terms of unit variety, it’s a veritable treasure trove of choice. But with that comes the problem of how to spend those manpower points that are always few and far between. Various bonuses come from selecting one of three commander specialties, as with the earlier titles in the series, but the level of depth and customization that has been added to that mechanism is truly impressive. In terms of unit strengths versus weaknesses, expect that to play as central a role in the fighting as it has in previous games. One minute your MG team is doing swimmingly, holding a victory point, until a tank shows up, at which point you call in the artillery, at which point they use air support on your artillery, at which point you throw a large brick, and so on.

In terms of the Essence Engine, it makes a real impact and gives the old gameplay mechanics that made the series so notable a breath of next-gen life. It’s deeply satisfying to see what is essentially everything players loved about the original Company of Heroes and Opposing Fronts retained (because it works, ‘if it ain’t broke…’), whilst offering additional features that simply add to the realism. Units navigate the terrain more intelligently, and are more reactive to fire than in previous games. As usual, the vehicle-based German faction have a decided edge (specifically regarding production speed) over the Soviets, but this for me was one of the selling points of the series, as I enjoy a challenge that presents me with unseen difficulties.

If comparing this to say, Chris Taylor’s Supreme Commander, it’s easy to see where ‘camps’ amongst RTS gamers can form. In Company of Heroes, the focus is on realism, tight resources, fierce fighting and pure strategy. With Supreme Commander the focus is on amassing huge quantities of resources to aid in the building the biggest things possible faster than the opponent, and if you don’t… enjoy watching your base get smashed to bits by what looks like  something out of Far Cry: Blood Dragon. Although patrolling and the other features that define the SupCom series work well, they don’t compare in depth to physically having to point your guns in the direction of any given problem. Company of Heroes is plate spinning strategy at it’s finest, is what I’m getting at. You can’t simply set up a patrol and let the units look after themselves, and that’s why I’m such a fan. I like both styles of RTS, don’t get me wrong, but I clearly prefer the former. This is an RTS for players who actually want to see how they’d fare making real, difficult decisions in a chaotic setting. This is if anything, a simulator as much as it is a strategy title. 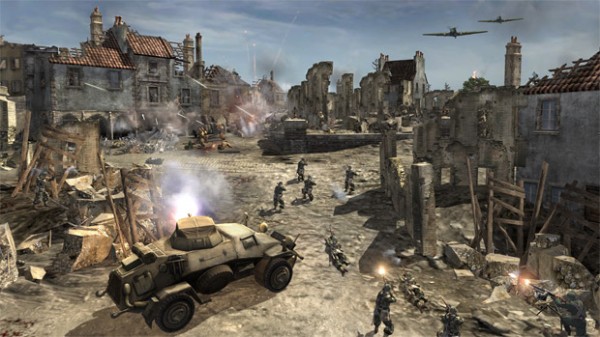 The weather effects are hard to assess and comment on fully with access only to a few maps and chosen settings, but I will say that what we’ve been given looks fantastic. The destructibility of the environment transfers farther than anticipated, too. I was expecting some nice building animations and little else, but firing different weapons on to terrain of varying density, elevation etc. produced a wealth of different effects. It feels much more immersive to see your shots affecting and shaping the environment, rather than say, the Age of Empires way of doing things: “One dust animation should do it… For everything. Next.”

Some reviewers taking a look at the Beta have said that they found it disappointing, as if they expect vast changes from every sequel offered by the developers of a successful series, and to that I issue the following response: Anyone who is willing to criticize a title harshly for its A.I during its Beta stage should stand up from the computer right now, find a vice and issue themselves some nad-related-justice; and by criticize, I mean bash the A.I. Now I won’t name names, but I will say that the Beta is primarily (from what I understand) a means of working out issues with the A.I, to perfect it for release and to give Relic a head start when planning their post release support and updates. So with that in mind, expect fans of the series to love this game, for precisely the reasons that many reviewers don’t seem to like it.