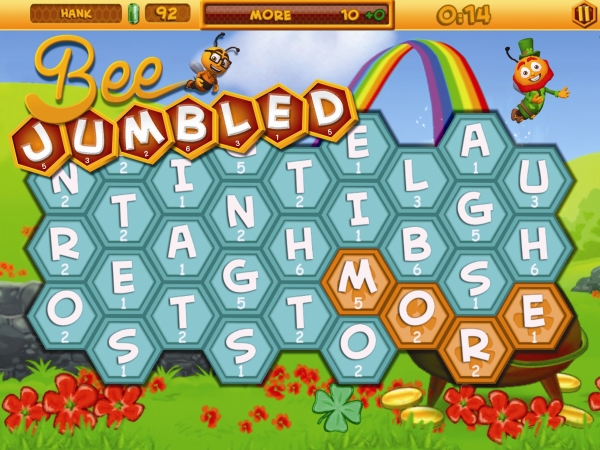 2K Games has announced that Beejumbled, the latest mobile game from Cat Daddy Games (makers of the Carnival Games titles and It’s My Circus), will be coming to the App Store, Google Play, and Amazon AppStore worldwide on June 13, 2013.

Beejumbled is a word search game that takes place in a charming world of bees. The game will challenge players of all ages to build the best words they can to win. You will also have the option of playing through a single-player campaign, fast-paced word games against friends, or in tournaments with hundreds of other players for ultimate glory.

Key features of Beejumbled include:

For more information be sure to check out the game when it launches June 13!