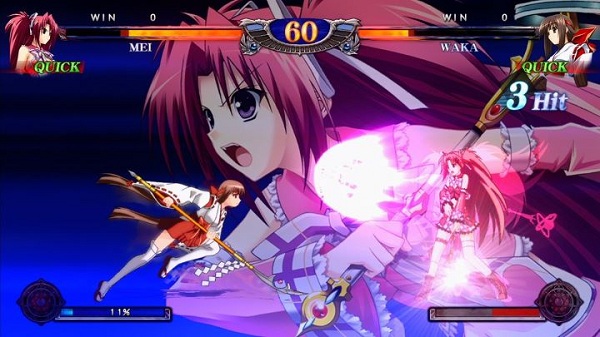 As you may know, Tuesdays are usually Famitsu leak day and one of the pieces of information from the magazine is the announcement of a new fighting game called Phantom Breaker: Extra for the PlayStation 3 and Xbox 360. The name Phantom Breaker may ring a bell considering there was an XBLA release of a brawler spin-off from the game and an attempted English localization of the first Phantom Breaker game that may never see the light of day, though we did preview an early English version of the home release.

Currently no details have been announced for the game, but considering they are calling it Extra it may be an enhanced version of the original title, which may be why 7sixty’s localization efforts have hit such a snag.