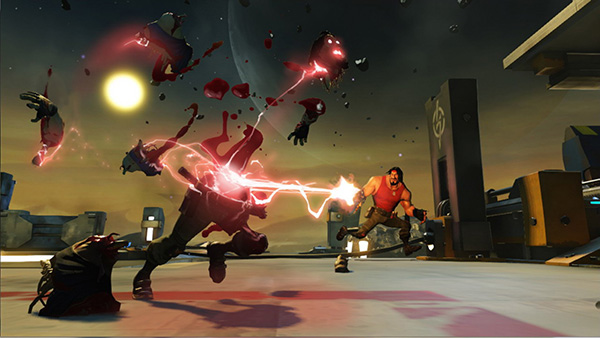 Edge of Reality’s crazy new PC shooter, Loadout, is now available on Steam through its Early Access program. The game promises “a breath of fresh air in an overpopulated world of shooters” with its 44 billion (!) weapon combinations and cartoony yet pretty aesthetics.

There are three bundled packages to choose from on Steam. Loadout will “eventually” be free-to-play, but there are several incentives to pitch in now and get started right away.

Loadout is currently in beta and will be released for Mac and PC in the near future. Check out the game’s webpage here and follow its Facebook and Twitter pages for more info.