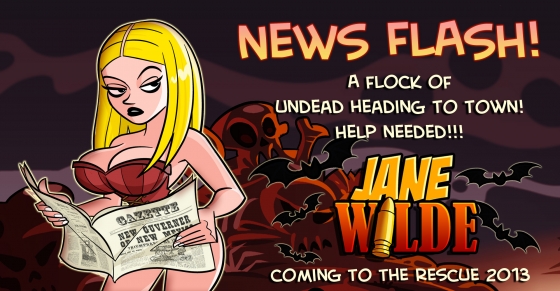 Players will battle through vampires and undead with guns, artillery and power-ups from the Wild West to the swamps of the Deep South. Jane can upgrade weapons and buy ammo after each level using acquired gold – vital for the bosses after each chapter.

Jane Wilde will feature the following:

The game is due out for the iPhone, iPad and iPod Touch on the iTunes App Store on May 23 and Google Play on May 30 for Android systems.