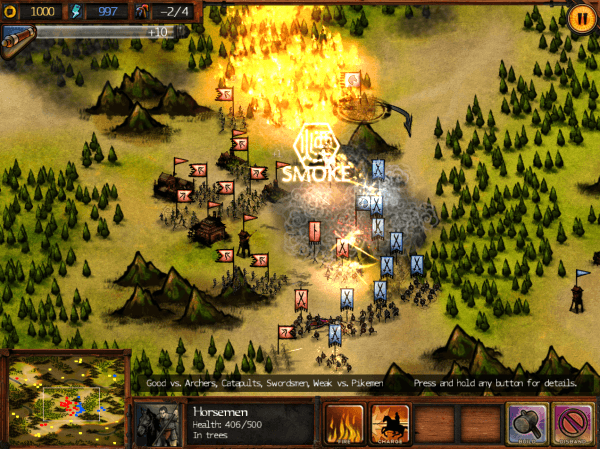 iOS RTS Autumn Dynasty is celebrating its one year anniversary in the best way possible, with a free content update. The update will come in two parts. The first part is a free content update for those who own the game. The full game  will receive two new maps and major gameplay fixes. To celebrate the anniversary, the full game has been put on sale at $4.99 USD, a savings of two dollars. Be sure to check out our review of Autumn Dynasty.

The second part of the free content update will come on May 2nd. The first two stages of the campaign and Bluetooth multiplayer will be featured in a special Lite version that will be available for free. The Lite version will be a universal app, working on the iPad, iPhone, and iPod Touch. The devs will be running a special giveaway for the Lite version. Depending on the amount of downloads the Lite version receives, extra bonuses such as extra maps and online multiplayer will be released. The download counter and unlocks can be found at the official giveaway page.