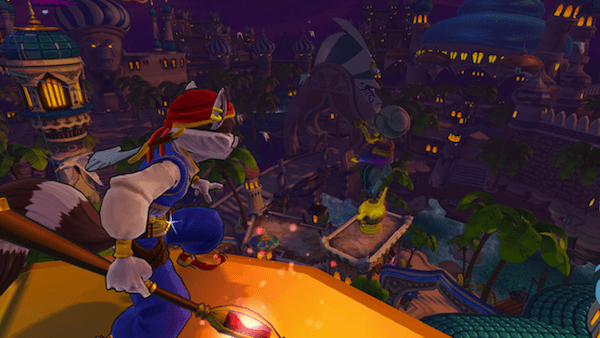 On March 28th, Sly Cooper: Thieves in Time will be available for the PS Vita and PlayStation 3, and in anticipation, Sony have released adozen new screenshots along with a Sly Cooper vignette, aimed at…psychics? Watch it and you’ll understand.

‘Thieves in Time’ promises to give players the familiar core gameplay that Sly fans know and love, whilst also introducing brand new stealth and combat moves, playable ancestors, collectible costumes with their own special abilities and even more epic boss battles. We will be reviewing both versions of the game, so stay tuned over the next week or so. For now, check out the aforementioned vignette below and the gallery of screenshots showcasing Arabian and English environments below that.