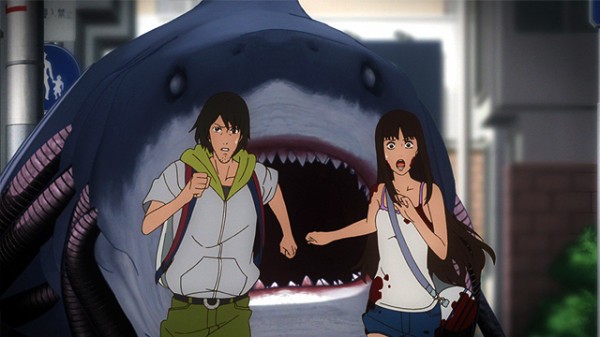 Flash forward. Waicon 2013. Perth City prepares for Australia’s Anime and Manga fans, AND THAT’S WHEN THE INEVITABLE HAPPENS! I know, It sounds like the beginning of a cheesy, B-Grade, slasher flick but if there’s one thing I can say it’s that this odd, animated thriller is NOT cheesy, in fact, it’s a little bit fishy.

If you haven’t heard of “Gyo: Tokyo Fish Attack”…strap yourself in because it’s choppy out here! “Gyo” was originally a manga by artist Junji Ito but was recently turned into a full length animated movie. This crazy, new-age apocalypse story revolves around two friends who encounter aquatic creatures that have mutated and are now able to roam around on land which, when creature like Great White Sharks exist, is NOT going to go down well. I won’t say too much because our good friends at Hanabee Entertainment have organised to premier this movie at Waicon 2013!

We can’t wait to see this movie! Let me say one thing before I finish up; do NOT take this movie lightly, it’s a graphic horror story which tells us that staying out of the water will do nothing when the dangerous animals can come to you!