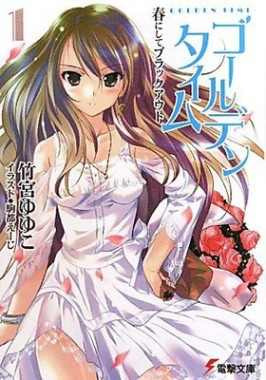 Fans of Toradora would be excited to hear that at ‘Game no Dengeki Kanshasai 2013 & Dengeki Bunko: Haru no Saiten 2013’ Event it was announced that the Golden Time light novel series from Toradora creator Yuyuko Takemiya will be getting an anime adaptation.

Golden Time is a romantic comedy set within a college. It follows a cast of characters that can’t seem to escape their high school past, whether it be through regrets or loss of those memories.

The light novel series launched in 2010 and has since gained quite a following. Given the success of the Toradora anime it comes as no surprise that Golden Time is getting an adaptation. Details of the anime series has not been revealed at this point in time but the fact that an anime of Golden Time has been announced is enough excitement for one day, right Takemiya fans?