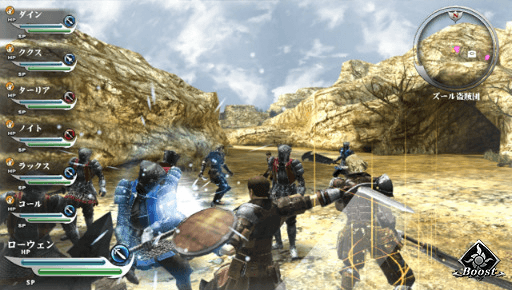 XSEED has had a very busy day today. Not only have they announced that they would be bringing Ys: Memories of Celceta, Ys I & II Collection+, Rune Factory 4 and Killer is Dead over to North America, they still have one more title to bring to fans of Japanese games.

This final title announced for localization today is called Valhalla Knights 3 and is a new entry into Marvelous AQL’s RPG franchise. Valhalla Knights 3 features a battle system where players can select from 21 different jobs and seven different classes to create a seven character party. There are even hostesses that can join your party by doing side-quests.

Currently Valhalla Knights 3 is set to be released on the PlayStation Vita sometime this Fall season.