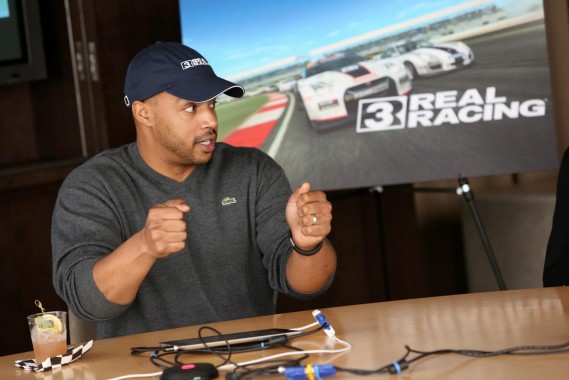 EA Mobile announced the release date of their upcoming racing sim Real Racing 3. The announcement was made during a visit by Kick Ass 2 star Donald Faison to the EA offices. Thanks to his love for video games and racing, the actor visited the offices and received hands on time with the game on the iPad and an iPhone hooked up to a widescreen TV. A custom white Real Racing 3 branded McLaren MP4-12C car was also at the office.

Real Racing 3 will be released on February 28th for iPhone, iPod, iPad, and Android devices. Find out more about Real Racing 3 at their official Facebook page here.