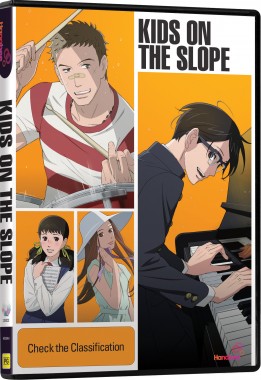 At the beginning of summer in 1966, Kaoru moves yet again, this time to a sunny part of Kyushu Japan. For him, it’s a never-ending cycle of trying to adjust. A classically trained pianist, Kaoru would soon be left alone to play or to study.
But local bad-boy Sentaro Kawabuchi has a taste for confrontation and feels no need to leave Kaoru alone. He demands Kaoru’s attention, and at first their friendship is precarious at best. But upon discovering Sentaro’s immense talent as a jazz drummer, neither of them can ignore each other, and through music a friendship beyond words emerges.

This series is pegged by most fans as an amazing work and definitely one that you should be checking out. Check out the Hanabee website for more details.