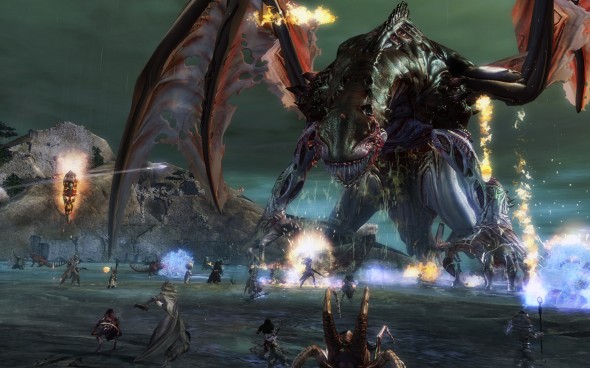 All MMOs have patches.  Players have come to terms with the thought that they’re going to have to wait for that download bar to fill every so often.  Every now and then, though, a patch worthy of some more thought comes out. For Guild Wars 2 players, one of those major content patches finally came.

On January 28, a major patch was released that included what is referred to as the “Flame and Frost: Prelude,”  the first entry in a full story series moving forward.  The description according to the patch notes say:

A mystery presents itself in this first entry in a multipart Living Story series. What could be causing such discord in the foothills of the Shiverpeaks? All those poor homesteaders and ranchers displaced with nowhere to go calls into question if the storms could be that bad—or if there’s something more sinister stirring up the flame and frost. The ground is shaking, and the sky is falling in northern Wayfarer Foothills and Diessa Plateau. Norn and charr refugees, crawling from the wreckage of their homes, are fighting their way to shelter in Hoelbrak and the Black Citadel. Many are in shock and wounded; most have only what they can carry on their backs. A call has gone out for volunteers to assist them in their time of need, when the environment itself seems to have become their enemy.