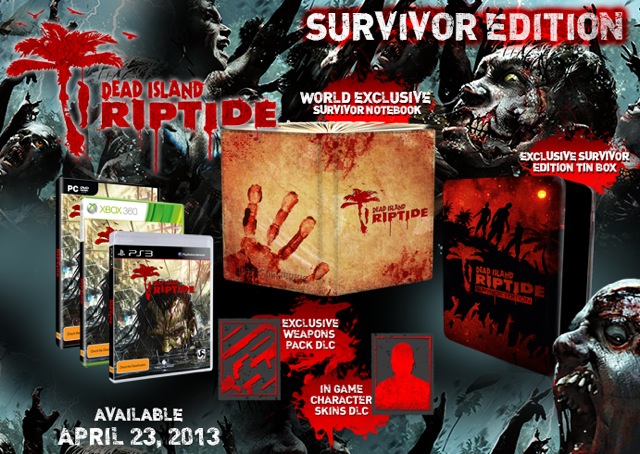 In short, where is my Zombie Bust? I mean really? There is not a single zombified chest in this collection. What we do get on the other hand is some pretty standard collectors materials. Interestingly though, the collectors “Survivor Edition” set will be only available at EB Games locally whilst the not as collectors, but still cool Pre-Order Edition will be only made available at JB Hi-Fi.

The contents of both packages include –