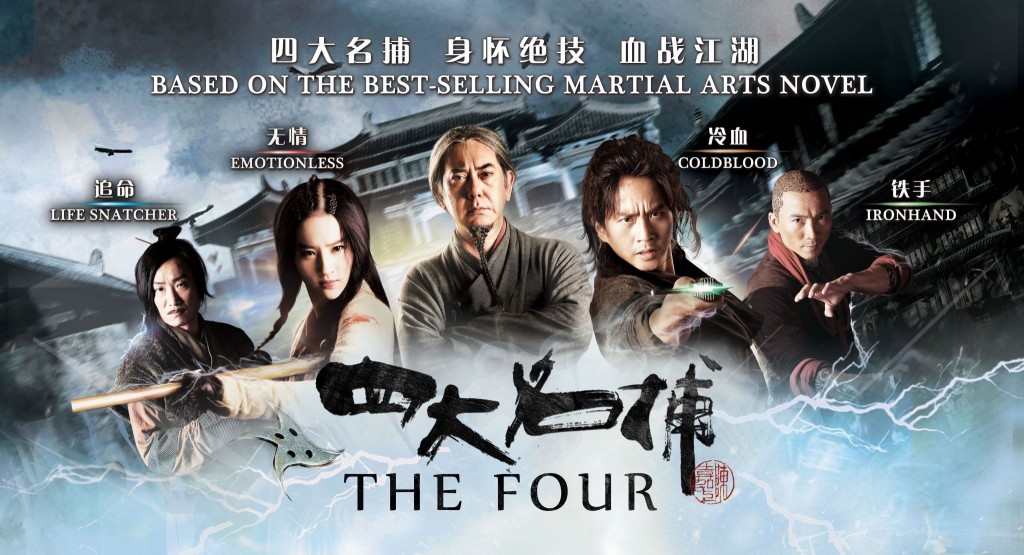 The third highest grossing Chinese film of 2012, The Four, is coming to 3D Blu-Ray, DVD and On-Demand in Australia/New Zealand on February 13th, 2013, courtesy of Vendetta Films.

The Four is directed by what many familiar with Chinese cinema would call a dream collaboration between Gordon Chan and Janet Chun, and is a re-imagining of ‘The Four Great Detectives’ – the famous Wu-Xia series of novels. The film features traditional martial arts action, fantasy and drama, with beautiful costume design and cinematography.

There are four lead characters, as can be seen in the poster above, with Leng Lingqi – aka Coldblood – being our main protagonist. He is played by Deng Chao, and is blessed with the mythical power of lycanthropy – the ability to transform into a werewolf. Coldblood is ordered by his chief in the government department known as “Six Panels” to infiltrate a rival department and sabotage their investigation into counterfeit currency production. However, it’s soon discovered that his chief is corrupt and there are far more chilling/deceitful issues at hand.

For fans of Chinese cinema, this may be one to look out for.

Double Trouble, Starring the Son of Jackie Chan, Coming to DVD/VOD in March

Pusher Comes To DVD In March