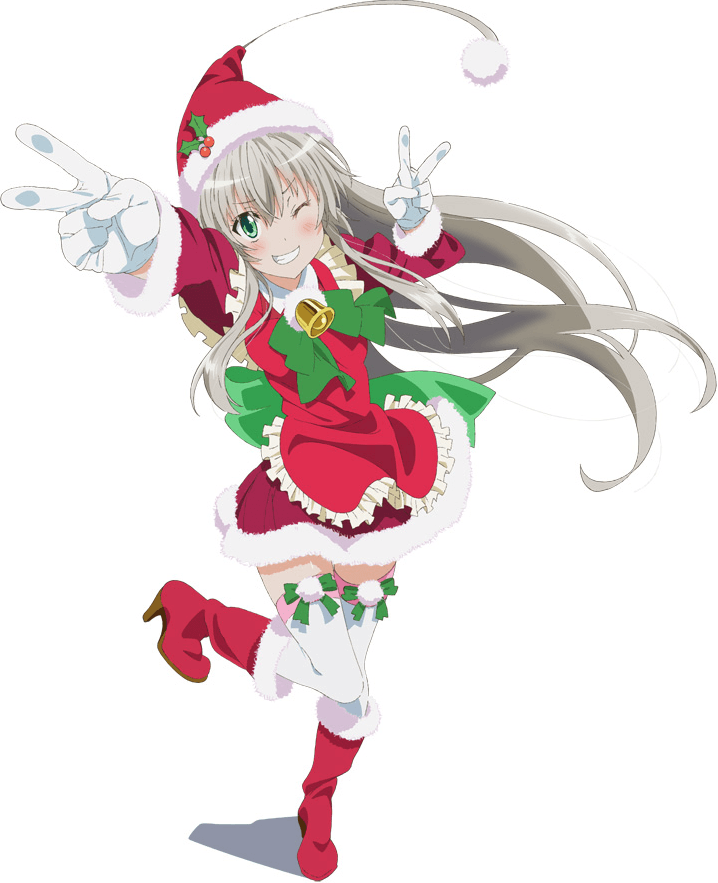 However all is not lost, as Nyaruko-San has taken some time to wish everyone a Merry Christmas in her modified Santa outfit. Then again considering she is from space, would it be something of a Space Christmas? Either way, you can find the image to the right (click for full size) as well as a slightly modified version of the main website here.