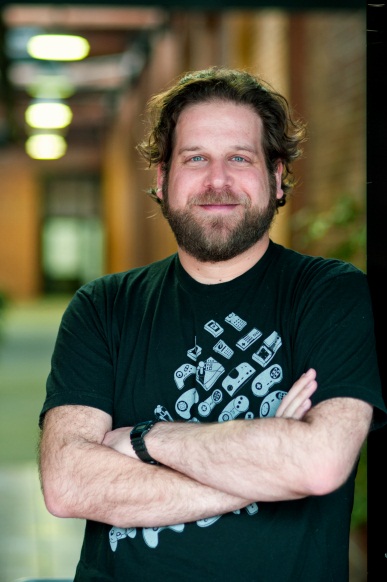 Along with my interview with Mike Read, Producer of Crysis 3, I also had the opportunity to interview the Producer of SimCity, Jason Haber.

We will also have a hands-on of SimCity up shortly, so keep an eye out for that in the coming days.

Here’s a quick look at the background of Mr. Haber:

“Jason has over six years of experience at the Maxis Emeryville Studio, and has worked on a number of memorable titles across multiple platforms including: Spore Creature Creator, Spore Creatures, Spore Hero Arena, MicroBot and Darkspore. Prior to joining Maxis Emeryville, Haber worked as a Producer/Designer at LeapFrog, Web Development Lead at Grand Central, and Interface Engineering Manager at Snap.com. A graduate of Oberlin College, Haber holds degrees in both Computer Science and Psychology. He is a proud parent and travel enthusiast who also enjoys photography, interactive artwork, pinball, and of course, videogames— with a particular penchant for indie and classic games.”

Ok, let’s get on with the interview!

Let me just start off by saying, and I know I can speak for Jess too [fellow Capsule Computers editor present during the interview/huge fan], that SimCity is becoming one of our most anticipated titles of 2013. First of all, I’d like to talk about the Glassbox engine; it’s very impressive. Do you see it being used, moving forward, for The Sims as well as SimCity?

Well, what I can say about it is that the Glassbox engine initially started to get created right after Spore, under the vision of Ocean Quigley, our Creative Director  [I really should have interjected here with a “hippy parents?” line…] and Andrew Willmott, who’s our Chief Architect. It’s sort of meant to be…we’re certainly using it for SimCity and it’s a great engine for SimCity, but it was built with the intent of being the next big engine for the Maxis studio. And we don’t have specific plans for how we’re going to use it after this, and SimCity is certainly one of the most difficult things we could have done with it, but I’d be surprised if there weren’t future endeavours with the Glassbox engine.

It’s a great engine and it’s been built in-house so I just thought it would fit perfectly with The Sims, giving some interesting data into their daily lives, in that same respect that it works in SimCity. But anyway, going off on a tangent here, but it was the first title we gravitated to here today. [Jess: It looks amazing!]

Great! How many times have you played it?

Jess: We only played it once, but I want to go back and play it again.

The fun thing about this demo is you can play it over and over again, and you can skip the tutorial to just get into it quick. 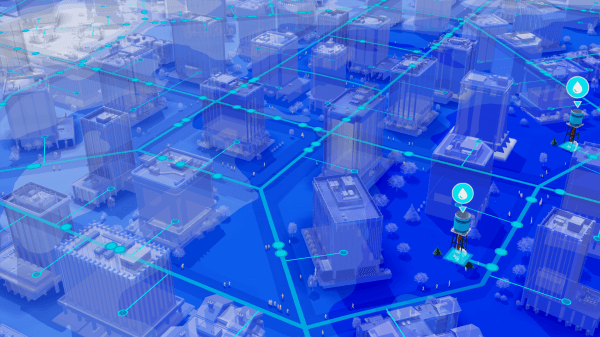 It’s funny, there was a point where one of the residents commented that “it’s obvious that we are generating more power than we need!”, so I shut down the power plant and then 10 seconds later everyone is complaining that there’s no power! (Laughter)

(Laughter) Yeah, we’ve done a lot of tuning since the creation of this demo!

But in a sense it works because it’s indicative of how we react to things. There’s the energy/power conscious and there are others who don’t understand/care about those things, they leave the lights on all the time, you know? (Laughter)

(Laughter) Yeah, in a way it’s more representative of the real world.

Ok, so we’ve heard about SimCity World. How exactly can multiple players affect each other’s cities?

So, within a region, cities can work together. And we call it multi-city play, but you can easily play it on your own as well as with other people. But there’s three main ways that cities can interact with each other. One is through the Sims, where they can move between cities in a region; so they may live in one city, and work in another city and spend money in yet another city. And in other ways they can share resources, so power and water can go and flow out of a city and go to other cities in a region, so you may have a city that doesn’t even need a power plant because it’s getting so much power from it’s neighbours. And then there’s things like services as well which you can share with other cities; if I build this big higher tier, higher level police station, I can share that police coverage with another city in a region. There can also be negative influences as well, so a lot of crime can spill over and affect other cities. Crime and pollution are actually the big ones that can affect the cities next to you. In addition, cities can collaborate together on great works, and those are sort-of regional projects that require tons of workers and resources, but they really benefit everyone that’s connected to them. So it’s this idea of like “let’s work together to do something big and great that we all can benefit from”. 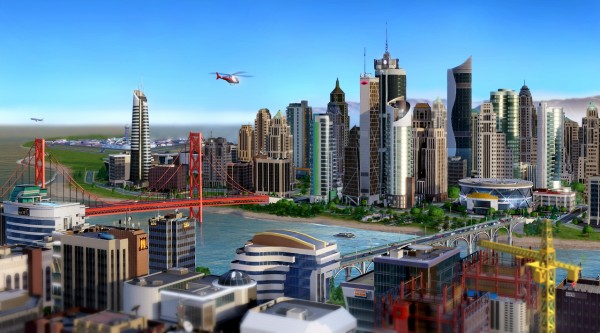 I was pondering the possibility of disasters spilling over to neighbouring cities as well, but all up that is a lot of functionality between cities, and I never expected there to be that much so this is all very cool to hear.

Yeah and you know, I’m sure you saw the first strategy video that Stone [Lead Designer] did, and there’s going to be more coming out that shows how these cities can work together and how it works in the real world. And what we think is cool is that even hopping between cities is really easy. You just simply move to that city, click on it, and it loads up right away. So it really makes that multi-city play feel more contained, but let’s you play the whole region instead of just a single city.

Cool, I always keep up with dev diaries so I’ll keep an eye out for them. So what challenges did the team face in tackling full online play? If I’m not mistaken, it hasn’t been tackled in the franchise since SimCity 2000?

Really? My memory must be bad…(laughter)

Yeah, well that I know of, let me put it that way.

Maybe not full online play, but some sort of functionality. [I was semi-correct: SimCity 2000: Network Edition (or Gold Edition) did enable players to share in-game resources and to compete or cooperate with other cities.]

I mean, to answer your question, in doing any online game there are a lot of challenges – I mean there’s a whole server architecture that we have to deal with; we actually simulate the entire regions on our servers. So that’s been in development for a while, and there’s this whole slew of challenges that come with it. Luckily, at the Maxis studio, we did Darkspore and we learnt a lot from that about how to set up an online environment and all the challenges that arise from that. So there’s a lot of different aspects relating to that.

Of course. Well I was interested in asking, when it comes to single-player, what kind of goals will the player have? I know it’s a sandbox game and that word “goals” is subjective and broad when used within the genre…

(Laughter) I’m just laughing because yeah, it’s so hard to define what a goal is, but I think some of the things that motivate me as a player depends on how I’m playing. Sometimes it’s that I want to become a specific big business city, sometimes I just want to make a city with a big population or a lot of Simoleons and the leaderboards actually – part of that SimCity World feature – gives me a lot of guidance to what I’m doing. For instance, Kip Katsarelis – who’s the Lead Producer – and I, we were competing on the petroleum leaderboards a couple of weeks ago. It was like, we kept knocking each other off the top and we kept building bigger and bigger oil cities to try and take the other person off the top. And it was fun because it was just one way to be motivated and we were like “next time, I’m gonna go and play the electronics game and try to beat everyone at that”. So I think for those higher level goals, there’s a lot of different motivations you can have. And even moment to moment you’re going to have your own little goals of like “ok, the next thing I’m going to do in this city is figure out how my police coverage is gonna work; where I want my police station, how many police cars I want, etc.”. So they’re like mini-research projects that you do at points in the game. 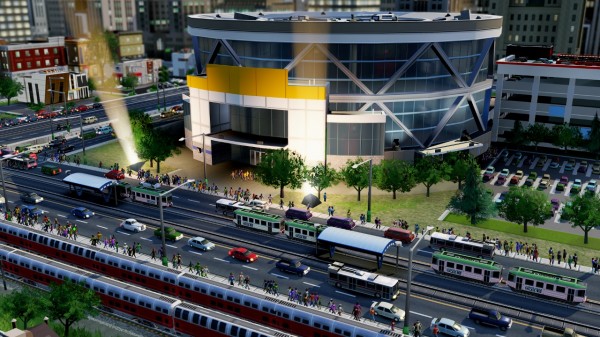 Well, something I noticed in the demo are the speech bubbles that pop up, whereby the residents give you little tasks, or maybe more appropriately I should say hints as to what you should do in the city. Is that something that occurs early on, similar to a tip system/tutorial element or is that found throughout the game?

That’ll occur throughout the game. We’re still balancing how often that appears and what sorts of things appear, and we’re actually hoping to give the players the option to turn those off if they don’t want them. But it’s funny, everyone who plays it actually likes to leave them on, because they’re really easy to ignore; if you’re in the middle of doing something else it’s not like you’re forced to click on them, but it’s nice to have them there sometimes.

Yeah, I actually like that aspect. Ok, so for the final question, I know this is looking a bit too far down the line, but given the release strategy of The Sims with all the expansions, do you consider it a possible that SimCity will do the same? Because historically it hasn’t really ventured into that DLC/Expansion pack territory very often at all.

Well, right now we’re really just focused on finishing the core game. We’ll see what the future holds, but for the record SimCity 4 did have Rush Hour, so…

I think SimCity 2, 2000, actually also had…one of them did because we have the box in the studio. It actually may have been the original SimCity…

(Laughter) Well thank you for the interview, and SimCity is coming out on March 5th?

I believe it’s March 8th here, so there’s a couple days difference from the U.S.

I don’t think people will have any other choice, it looks fantastic so having to wait a few extra days is a price we’re willing to pay! (laughter) Thanks so much Jason.

Thank you so much!

SimCity’s Lead Designer Picks the Brain of Will Wright 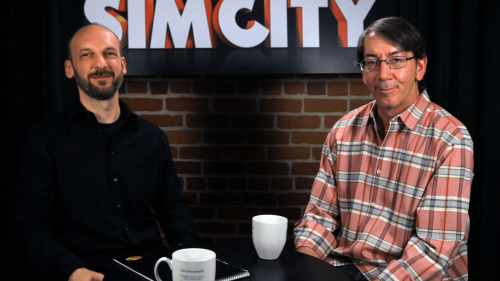 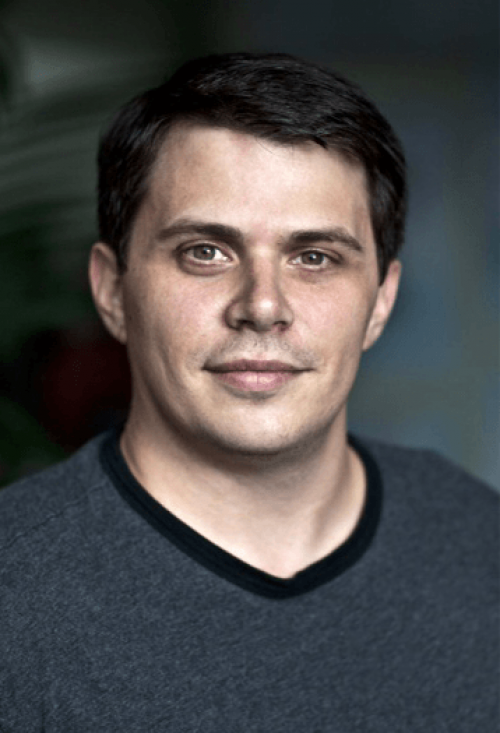