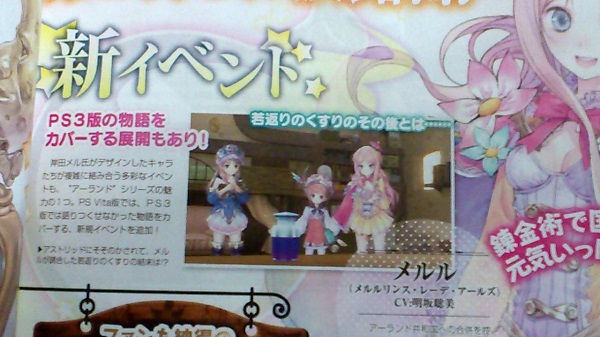 Remember last night when we mentioned that a listing on a Japanese online retailer exposed the existence of Atelier Meruru Plus? Well it turns out that that listing is 100% accurate. Today a scan from this week’s issue of Famtisu Magazine, seen above, has confirmed that the game does indeed exist and one of the bonus costumes for Meruru will be Rorona’s original outfit from the first game in the Arland series.

The only other piece of information provided by this scan is the fact that the game will feature a number of new events, though how many are currently unknown. It also appears that the listing did have the release date for Atelier Meruru Plus: The Apprentice of Arland correct as it is set to be released on March 20th. 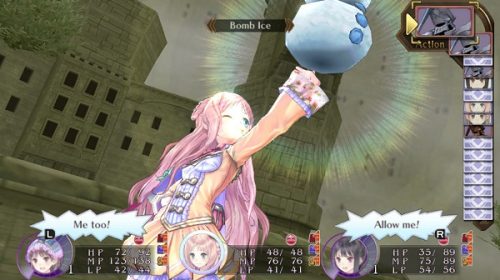