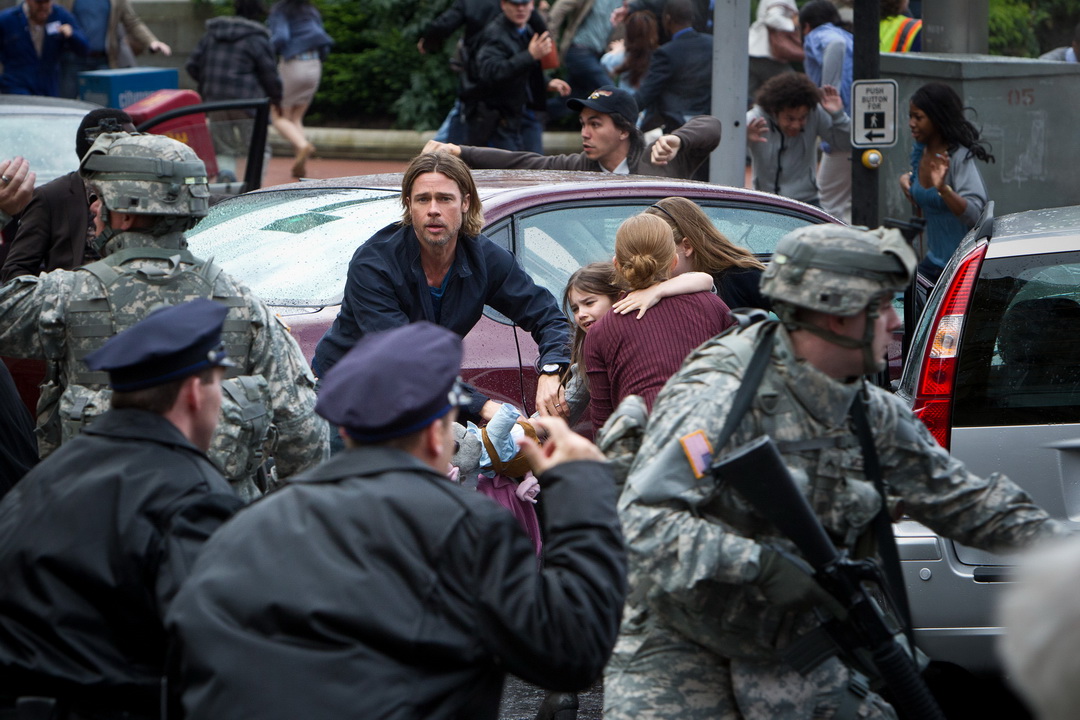 In June 2013, one man (Brad Pitt) will race against time to bring a divided world together on the eve of its final hour. Every culture, every weapon and every army will rise because the only hope for survival is war.

Zombie fans are in a frenzy eagerly anticipating the upcoming Paramount Pictures Post Apocalyptic Horror “World War Z”, starring a bearded Brad Pitt and hitting cinemas sometime June 2013. Judging from the teaser trailer, the action looks intense and fast paced and hopefully will be void of too many lovey dovey heart felt scenes, sticking closer to fear, suspense and a little bit of gore just for good measure that would be more in tune with flesh eating zombies breathing down your neck. Ive always seen Brad Pitt as one of the more adaptable and natural actors of our times so his transition into this role should be fairly smooth. Take a look at the first screenshot and teaser trailer and let us know your first impressions.

World War Z will hit cinemas in Australia in June 2013

Have Paranormal 4 Activity Debut In Your City