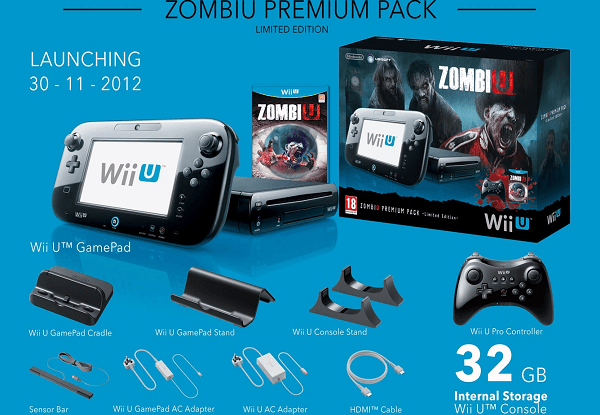 It looks like gamers in Europe are going to be receiving a special version of the Wii U when it launches in their region. Today Ubisoft and Nintendo revealed that they will be releasing a limited edition ZombiU bundle which will be released alongside the standard packages on November 30th.

The difference between the ZombiU Wii U Bundle is rather minute, but still worth purchasing for those eager to pick ZombiU up when it is released. This bundle includes ZombiU rather than Nintendo Land and comes with a Wii U Pro Controller. Those looking to pick up this version of the game will have to buy it for £329 while the regular Wii U Premium Pack costs £299.