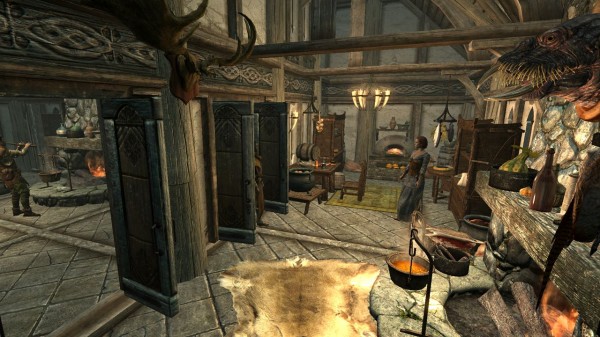 If you happen to own the PC version of Bethesda’s latest epic adventure in The Elder Scrolls series then you may be interested to learn that Skyrim’s Hearthfire DLC is now available as a $5 download on Steam. As many of you already know, the Hearthfire DLC allows players to buy land, build a home and customize it with various add-ons that aren’t very customizable themselves.

Those interested in seeing whether this DLC is worth your time can check out our review for the Xbox 360 version of the Hearthfire DLC here. As far as a PS3 version of this DLC is concerned, there is still has been no time-line given at this point in time.