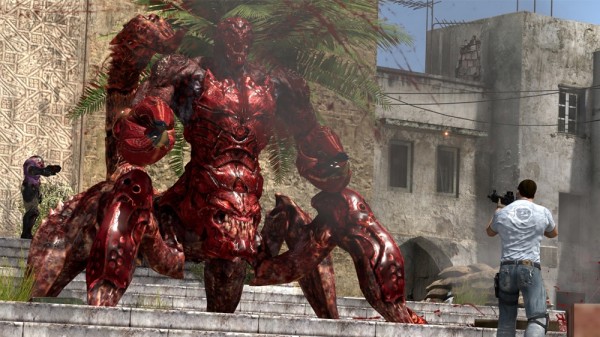 Serious Sam is what first-person shooter games used to be, where monsters were huge, guns were loud, and the hero had no need to cower behind a chest-high wall.  Now players can check out what Serious Sam is all about in this prequel to the original, Serious Sam: The First Encounter.

With the main game featuring 12 campaign missions including co-op for 2 to 4 players in the campaign or survival, as well as available in the DLC, which also includes even more co-op modes like Coin Co-op and Classic Co-op.  Players interested in getting Serious Sam 3: BFE and and Jewel of the Nile can find them on the XBLA or Xbox.com HERE.