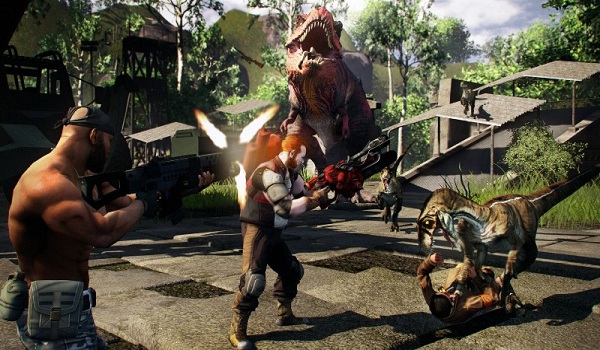 Reverb Publishing and Lukewarm Media have teamed up to release their team-based multiplayer shooter, Primal Carnage! In this game players can either take on the role of dinosaurs or humans as they battle it out for supremacy on five different multiplayer maps. Available now on the game’s official website or Steam, GameStop, GamersGate and Rain for $14.99.

“I’ve been looking forward to this day for so long now, I can’t tell you how pumped I am that Primal Carnage is launching today,” said Ted Lange, executive producer at Reverb Publishing. “There’s something intrinsically amazing about being able to slice through a crowd of humans as a raptor, or to team up and take down a hulking T-Rex as the humans. Simply put, this game rocks and I can’t wait to see you all online.”

This class-based epic online shooter revolves around a deathmatch style game mode and pits humans against some of the toughest animals ever to walk the Earth. Players can join either side to be a part of the action, with the humans brave enough to resist wielding a unique and diverse repertoire of weapons set to fend off their primal foes. The dinosaurs on the other hand are set to take out anything that stands in their way with extensive use of both tooth and claw. The in-built class system means that both sides can have varying playstyles, without even leaving your favoured side. Team up to take out a massive T-Rex! Or glide through the skies as a Pterodactyl and swoop on unsuspecting humans!

Hold onto your butts as you battle it out in ferocious combat encounters for the chance to best your ancient rivals. Available now for $14.99, gamers will finally be able to live out all their favourite fantasies of dinosaur on human combat. Will you survive the carnage?