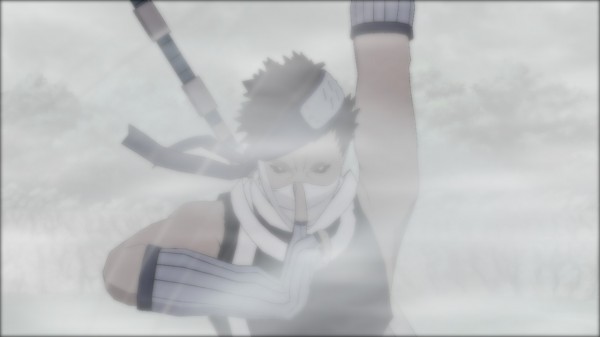 Over the weekend Namco Bandai revealed that anyone who purchases a launch copy of Naruto Shippuden: Ultimate Ninja Storm 3 when it is released in March 2013 on the PlayStation 3 and Xbox 360 will be able to obtain a special costume for Naruto. This costume will have Naruto looking like Goku from Dragon Ball Z and some artwork of what he may look like in the game can be seen below.

Also found below are a number of brand new screenshots showing off the new group fight feature which allows the player to battle against many enemies at the same time and a new trailer as well.