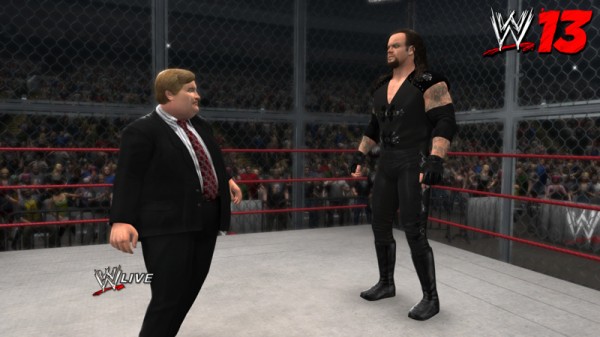 If you’re a big a fan of WWE, you know that being a manager is about far more than signing contracts and accompanying your Superstars to ringside. Fittingly, THQ and WWE Games have announced today that their new game, WWE ’13, will feature Alberto Del Rio’s personal ring announcer, Ricardo Rodriguez, as well as the legendary manager, Paul Bearer.

WWE Games caught up with the urn-holder himself for an extended talk about his time as an actual mortician, the evolving role of a manager in WWE, his favourite managers in history, favourite “Attitude Era” moments and even his take on some of today’s most popular WWE Superstars.

Check out the full story at WWE.THQ.com to find out which Superstar Paul Bearer ranks above John Cena and see some exclusive new screenshots of Bearer and Rodriguez in action.

Make sure to follow WWE Games on Twitter and Facebook for all the latest on WWE ’13, on sale October 30th, or check out all the latest WWE ’13 videos on the official WWE Games YouTube channel.