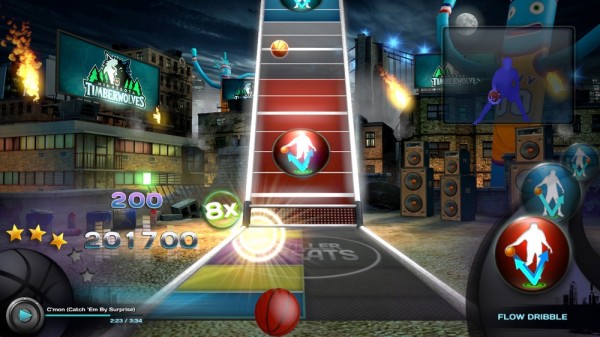 Usually when a game is released for a month or so, companies begin talking about their success. Unless of course the game turned out to do rather bad which happens to be the case with Majesco’s NBA Baller Beats. NPD, a sales tracking service, has told Joystiq that NBA Baller Beats has sold only 3,000 copies since it was released to stores, which may actually be a decent number considering the title was a Kinect rhythm game requiring players to use a real regulation basketball.

This combination meant that not only did Kinect users have to have enough room to play the game, but also a tile/wood surface to dribble the ball on, probably annoying every single person in the house or building and possibly destroying glass furniture. So this is certainly unfortunate news, but also a bit expected.