It is time to peruse the latest offerings from Madman, a collection of TV shows and movies that will be heading to a disc spinning machine near you in the month of October. From sports docos to Korean action epics, there’s quite a range up for grabs this October. 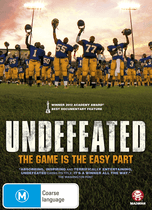 If The Blindside was a little too sickly sweet for you to handle, then perhaps Undefeated (out now)  is a better bet. Winner of an Academy Award for Best Documentary, the film follows three ‘underprivileged’ student athletes and their coaches journey through the 2009 Summer/Fall football season.

Declaration of War (out now) is a French comedy drama following the journey of young couple Romeo and Juliette (clunk). Unlike their Shakespearean counterparts their rapid and intense romance produces a child rather than unfortunately timed death. The drama ratchets up when they discover that their newborn son is seriously ill.

On the opposite end of the spectrum is Once Upon a Time in Anatolia (out now), a Turkish effort revolving around the search for the body of a murder victim. As a group of men escort the suspect through the Anatolian countryside, things begin to turn on their head as more details emerge about the crime and the men in the car alike. Remaining on the murderous side of life is The Bridge (out now), with the complete first series adding to the ever growing category of Scandinavian crime drama. When the body of a woman is found on a bridge between Sweden and Denmark, two very different investigators  are set on the case – family man Martin and the (now somewhat typical of the genre) cold singleton Saga. Complicating matters is the fact that the body is actually composed of two different women – one a prostitute, one a politician. The manhunt intensifies as further gruesome murders occur, with the killers anti corruption message actually winning some public support.

Korean cinemas highest grossing epic War of the Arrows, is released October 24 on DVD and Blu-Ray. Set during the second Manchurian invasion of Korea in 1636, the story follows the journey of Nam-yi, a master archer who sets out to save his sister and her husband to be after they are captured by Manchurian soldiers on their wedding day. The Blu-Ray release of the title also features an English dub. 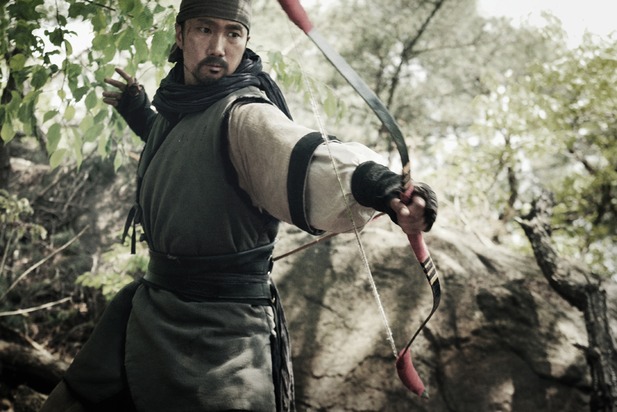 Moving back into documentary territory is the National Geographic series Untamed Americas (October 24), which strives to showcase the diverse range of natural wonders to be found across both American continents. Also available on Blu-Ray (which can often be at it’s best with such documentaries), the four part series takes in mountains, deserts, coasts and forests. One to pick up for the natural history fans. Moving ever so slightly into travel documentaries is Joanna Lumley’s Greek Odyssey (24 October), another four part series that explores the history and culture of one of the most historically significant nations the world has seen.

From one of the most respected of British actresses soaking you in the culture of a great nation to the first film that ever received a Razzie award – Can’t Stop the Music  (out now) tells the tale of the formation of the one and only Village People. Hacked to bits by critics, this “glitzy, glamorous, camp spectacular” was nonetheless a hit with fans. So that’s a 1980’s film about The Village People – what more do you need to know?

If camp and glam isn’t enough, then how about some raunchy anime comedy? The Season 1 Collection of Panty & Stocking with Garterbelt is due for release on October 24, bringing with it 325 minutes of nuttiness. You can check out the review for the show here, where it scored a mighty impressive 9.5 out of 10 for it’s off the wall tone and foul mouthed humour.

Rolling back the animated clock brings us to the Complete Collection of Samurai Jack (out now), which Cartoon Network fans ill doubtless remember fondly from their childhoods. This is the first time that the entire collection of episodes has been gathered together in one release, so if you’ve been hesitant to cathch up on an old favourite then now is certainly the time.

How I Ended This Summer coming to DVD