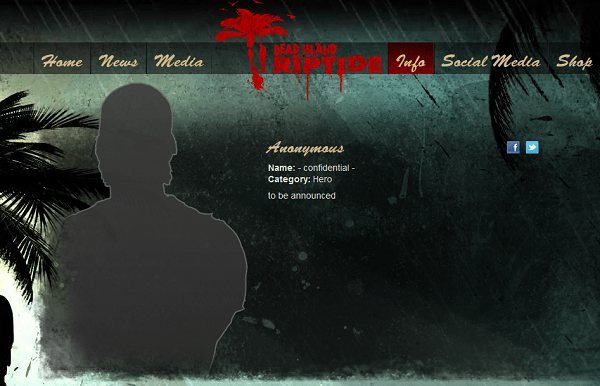 If you happen to visit Dead Island: Riptide’s official website then you may notice that there has been a new update that reveals that shows a fifth playable character. Currently Deep Silver is keeping the character’s name and full appearance under wraps, but we do have the character outline which you can see above.

It is worth noting that Riptide is not a sequel to the original Dead Island, but more of a spin-off title that will introduce a few new gameplay aspects and a new story that the four original characters, and the yet to be introduced fifth character, will have to survive.

Odds of the World Ending by a Zombie Apocalypse