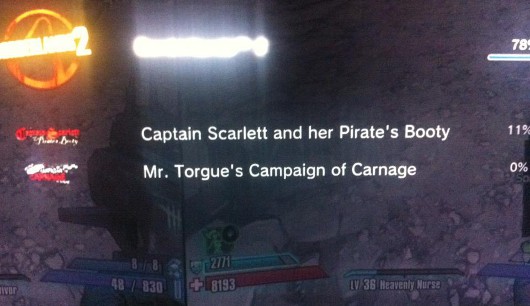 With Borderlands 2’s first piece of DLC “Captain Scarlett and Her Pirate’s Booty” just released, it seems that 2K Games is already hard at work on the next piece of downloadable content for the game. So hard at work in fact that they forgot to hide the trophies for the game on the PlayStation 3.

A tipster sent the above image to Joystiq revealing that the new piece of downloadable content for Borderlands 2 will apparently be called “Mr. Torgue’s Campaign of Carnage.” No details about this DLC have been revealed yet, and since this is not an announcement from 2K or Gearbox, this should be seen as a likely rumor at the moment, though it is worth noting that Torgue is the weapon manufacturer in Borderlands 2 that creates mini-rocket bullets.