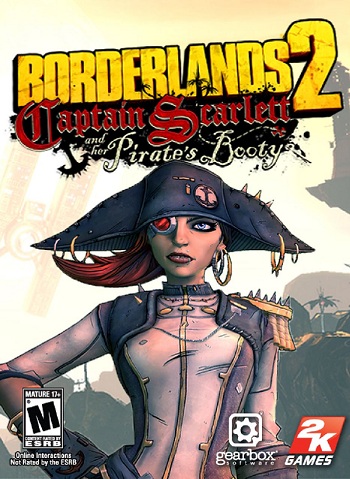 It looks like fans of Borderlands 2 won’t have to wait very long for the first piece of storyline DLC for the game, as GearBox Software has just revealed that the first DLC for the game will be called Captain Scarlett and her Pirate’s Booty and will be released in less than a week.

To be a bit more exact, the DLC will be released on October 16th and will cost $9.99/800 MSP depending on your console of choice. Of course if you happen to own the Borderlands 2 Season Pass then this pack will be free of cost for you. As for the DLC itself, Captain Scarlett and her Pirate’s Booty will feature a new area where players will venture into the slums of Oasis and encounter a new currency called “seraph crystals.” A couple images of the DLC including a new sand skiff vehicle can be seen below.