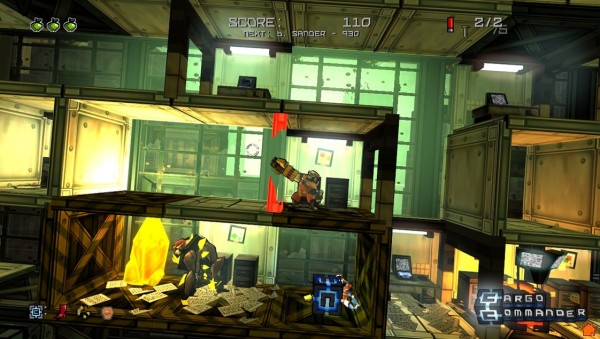 Digital Tribe Games, Green Hill and Serious Brew have announced Cargo Commander, an action-platformer about a blue-collar worker trying to finish his shift so he can go home.

The problem is, his job involves salvaging precious cargo from alien-infested space-shipping containers.

The game plays out across randomly-generated, destructible levels, whereby different configurations of containers will be attracted to your spacecraft, and you must jump and FistCannon your way through them, retrieving any goodies along the way.

Online leaderboards for each level are contextualized as players jockeying against other employees for promotions; an interesting take on an established convention.

The trailer, below, indicates that the game plays with gravity as well, but the extent of it remains to be seen.

Cargo Commander looks like an indie title to keep an eye on, when it hits the vaguely-worded “leading digital stores” on October 18.

“QBEH-1: The Atlas Cube” Set For A Release In April 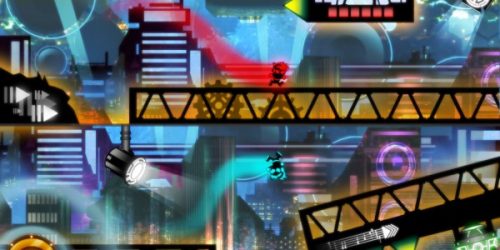