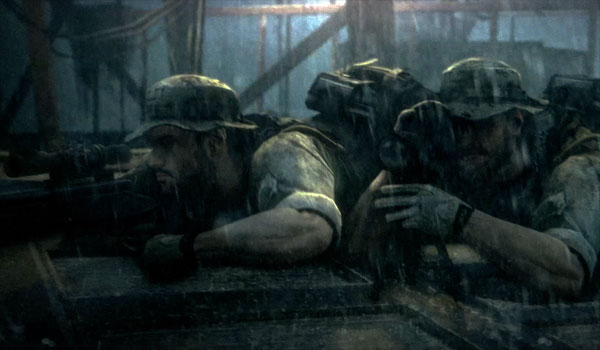 At Electronic Arts Australia’s head office I was fortunate enough to be part of EA’s Medal of Honor: Warfighter Preview Event in which myself and fellow Capsule Computers editor, Benjamin Webb, got to team up for some warfighting against other gaming journalists.

Ben has covered the game in general in his preview article, I however will be focusing on a specific portion of the game which is the new ‘Fire Team’ mechanic.

So what exactly is ‘Fire Team’ and how does it work? Well essentially ‘Fire Team’ is what you call a group of two players that are teaming up with one another whom also happen to be within a larger group (though that is not always the case). In our playthrough of the multiplayer component of the game, I was placed within a ‘Fire Team’ with Ben and I found this aspect of gameplay to be quite a close experience reminiscent of couch co-op in many ways.

While we were part of a larger group of players that comprised our entire team, a lot of the gameplay revolved around myself and Ben working co-operatively as a ‘Fire Team’ within a larger all encompassing team. While this may seem like a pretty simple mechanic that doesn’t really need to even have a name, Medal of Honor: Warfighter makes working in pairs more intuitive than ever before. 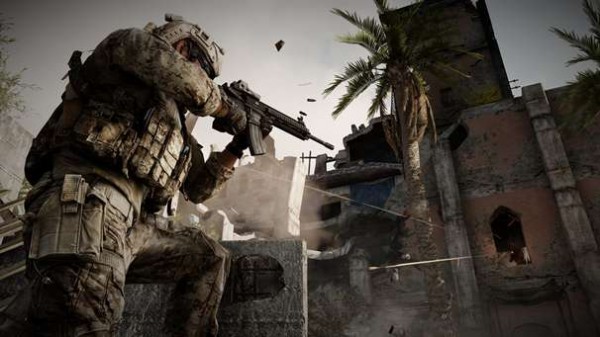 First of all it is advantageous to work with one another as closely as possible and to have each others backs. Players whom you are partnered with in your ‘Fire Team’ (this is only small teams of two just for those of you that are a little slow on the uptake) will be highlighted with a green glow surrounding them, in order to indicate whom is your partner. Not only that but if your partner dies, there is a chance to revive said partner instantly if you can avenge their death by killing their killer. Your partner also has the option to respawn next to you should you still be alive by the time the clock counts down.

It all works flawlessly and allows for co-operative play that the shooting genre has not seen in a very long time. I definitely had the feeling of the old school couch co-op play, although this feature can be used even if your partner was on the other side of the planet. The aim of ‘Fire Team’ is to encourage team work and it works astonishingly well. I found myself (a lone wolf type of a player) working strategically alongside my ‘Fire Team’ partner in order to accomplish goals and kick some ass. Working strategically alongside someone else is not something I had expected to see or experience in a shooting game this generation. To be honest I thought the time for that had passed.

I left Medal of Honor: Warfighter’s multiplayer preview, thinking of the possibilities available with ‘Fire Team’ that I couldn’t try out due to the limited demo match we had access to. I for one am excited to see the full capabilities of this feature once the game marches into stores later this year.

Linkin Park to appear in Medal of Honor: Warfighter